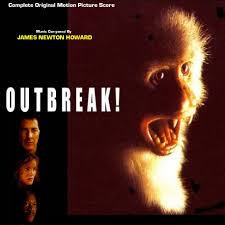 If there’s one thing that really bugs me it’s viruses! I couldn’t sleep for a week after the movie “Outbreak” came out thinking about monkeys spreading the deadly virus in a neighborhood near me! Forget about Vampires, Werewolves and Zombies, a deadly virus can reach you anywhere, in any place, and you can’t even see the suckers coming!

How scary is that? It seems to me that monkeys need to get better agents because they tend to be the one’s who spread deadly viruses around in the movies. Ever see the movie “Contagion?” A virus spread by monkeys kills millions of 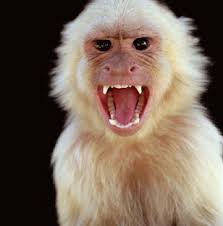 people in a matter of days, and someone has to figure a way to stop it.

How about “28 Days later?” It’s about an animal activist who sets things in motion by releasing chimps from a lab. Once again, primates take the heat. At least monkeys weren’t the villains in The Andromedia Strain. Six monkeys were not blamed in this original virus movie.

But enough of the movies and monkeys. Let’s turn to what’s happening in the real world. Here’s an interesting article that may just make you feel a little squeamish…don’t worry, no monkeys are involved!

“Giant viruses, more than twice as big as the last largest known viruses, have now been unearthed from sludge across the world, researchers say. Even more titanic viruses might await discovery, the scientists said, and they may have features that could blur the lines between life and viruses, which are not considered to be living things. Ten years ago, researchers accidentally discovered mimivirus, what until now was the biggest, most complex virus known.

Now the research team that discovered those giant viruses have unearthed two more that are even bigger. The shape of these new viruses, which resemble ancient Greek jars, reminded the scientists of the myth of Pandora's box, giving the germs their name — pandoraviruses.” (read the story here)