As It Stands: 3 good reasons why most people don’t trust politicians

Just three reasons not to trust politicians! I realize there are myriad reasons to point out but space forces me to only consider three.

I’ll start off with my favorite reason and the easiest to  defend; politicians lie. Politicians lie about things substantive and trivial.

Most politicians are liars and narcissists. It isn’t too big a stretch to see the connection. Narcissists are arrogant, self-important, see themselves as special, require excessive admiration, have a sense of entitlement, and are exploitative.

Politicians count on followers believing their lies, even in the face of irrefutable evidence to the contrary. They basically live in an echo chamber in which everyone watches the same news channel, listens to the same talk radio, reads the same newspapers and web sites, and hangs out with like-minded people.

Like politicians in past generations, today’s politicians believe if you repeat a lie often enough, it becomes truth. It’s a simple but effective approach that has worked for politicians since they started courting voters in ancient times.

What it all comes down to is politicians lie when it’s in their favor. They consider the cost/benefit ratio and lie like carpets if it helps! It’s a calculated tactic used when they create or shift a narrative, attack an opponent, or respond to indefensible claims against them.

The second reason is politicians are puppets. They dance to the tune of their backers. I don’t care if they’re Democrat or Republican, politicians need money to campaign. It’s the source of the money that creates puppet-masters and puppets.

Since the beginning of the Industrial Age in America, corporations have played an enormous part in politics. With their backing presidents, senators, and governors have been elected. This is common knowledge, but worth remembering. 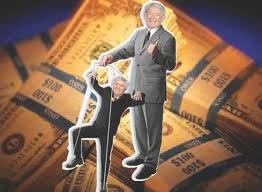 For most Americans the biggest challenge today is to find a politician who represents them and not their party brand and corporate backers.

Billionaires tried to buy the last presidency, the final step in the progress of the corporation takeover in America. It didn’t happen, but the threat remains that our next president won’t even have to campaign, he/she will simply buy the office.

Our political system is designed for puppets, supposedly elected by the people for the people, but in fact human Howdy Dowdys! Their cords are carefully manipulated by the likes of the Koch brothers and other rich power mongers.


I don’t have anything against puppets as such ( I think Sesame Street is great) but when it comes to representing me in Congress (or elsewhere) I’ll pass on them. Granted it’s hard to see the strings pulling some political puppets, but trust me…they’re there!

The third reason for not trusting politicians is they’re bigger phonies than actors. How can you ever believe what they say? They can look you in the eye and lie without blinking. Look at Richard Nixon and Bill Clinton.

In the greater scheme of things politicians are actors (my apologies to actors). They follow a script and put on a good show.

They convince you they’re sincere and compassionate by kissing babies and appearing at charity events. As we know, some actors have become politicians completing the loop.

Ronald Reagan for example. He was a natural. Remember how grand he sounded when he told Gorbachev to “Tear down this wall” referring to the Berlin Wall?

Good theatre. Good politics. I just keep in mind that both are staged. Productions as it were. It always bothers me to see how phony politicians can be. How can I, or you, trust them?

Trustworthiness is left on the doorstep when politicians pander for causes supported by corporations or wealthy individuals.The way I look at it, phonies have things to hide.

They don’t want you to know they once smoked marijuana while they attack medical marijuana patients. A certain president comes to mind.

By now you probably wonder if I think we could do without politicians. I can’t deny they’re part of our government and we need a government - even one as dysfunctional as the current Congress.
As It Stands, that doesn’t mean I have to like politicians!