As It Stands blog: The senseless war on marijuana continues… 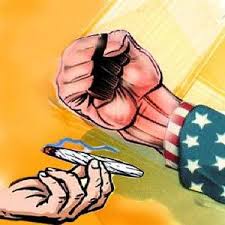 The senseless war on Marijuana continues…

The latest outrage was against the voters of Washington state who legalized marijuana last year, but are being harassed by the Federal government in Gestapo-like raids where agents dressed like swat teams burst into legitimate marijuana collectives and seize everything.

“Casey Lee thought his marijuana collective was getting robbed again when he saw seven vehicles speeding into his parking lot Wednesday morning. But when he saw the badges, he knew it was another raid.
Lee said Drug Enforcement Agents raided his clinic, Bayview Gardens, and at least two others in the Puget Sound region Wednesday.” 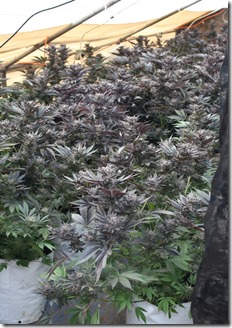 It was just a matter of time before the feds got bored busting voter-approved marijuana dispensaries and collectives in California. During the lull here in the Golden State they went north into Washington state like a scourge of human-cicadas bent on devouring every collective in sight!

What is the matter with people? There should be a national war on Meth, not Marijuana. Meth kills. It’s everywhere. The spread of it has to be stopped before anymore zombies walk our streets in speed-induced world’s of their own.

“A new report by the American Civil Liberties Union (ACLU) sheds some light on many of the underlying dirty truths of cannabis prohibition: money is wasted and law enforcement resources are diverted from battling serious crime on a war that disproportionately harms African Americans.  While most of the data isn’t earth-shattering for experienced marijuana law reform activists, the ACLU’s study demonstrates how far we still have to go, despite so much success in recent years.  It is fantastic that we now have 20 medical marijuana states (if you include our nation’s capitol as a state), 15 states that have decriminalized cannabis and two states that have legalized marijuana possession altogether.  However, facts don’t lie and the ACLU’s report, “The War on Marijuana in Black and White“, illustrates many disturbing facts that are still plaguing our nation.” 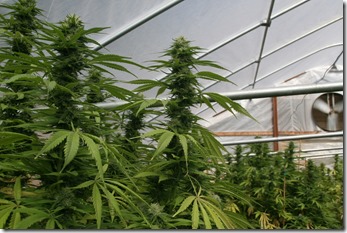 There’s numerous arguments for the feds to back off their crusade against marijuana, but the following one was new to me. I figure it sounds pretty reasonable actually:

“A Gary, Ind., pastor speaking out against what he believes is the country's unjust war on drugs not only says drugs should be decriminalized, but also believes that "God is not that petty" to care if Christians, or anyone else, smokes marijuana.”