As It Stands: Which War? The one at home, or abroad?

By Dave Stancliff/For The Times_Standard
It can get confusing.
We’re fighting a declared war in Afghanistan and an undeclared war at home. I’m not talking about the so-called war on marijuana.
I figure one of the best ways to calculate which war we should concentrate on is to consider the annual body count. Seems like a common sense approach.

When I was in Vietnam the government had a bad habit of running ridiculous body count figures on the 6:00 o’clock news. 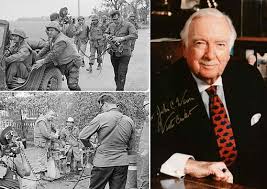 I can still hear the broadcasts; “In the latest battle reports 489 North Vietnamese were killed while Americans only suffered 2 losses.” It was easy back then to fudge figures. There were no internet or social media resources like we have now.

With data gleaned from the Center for Disease Control (CDC) website I put together some statistics regarding homicides in the U.S. for 2013: Total number of deaths thus far; 16,259. That’s a rate of 5.3 per 100,00 population. 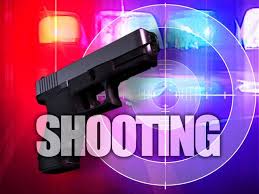 *Los Angeles (9.2) is comparable to the Philippines (8.9).
*Boston (6.2) is higher than Nicaragua (5.9).
*New York, where gun murders have declined to just four per 100,000, is still higher than Argentina (3).
Now let’s take a look at deaths in Afghanistan using The Operation Enduring Freedom website:
Thus far, 51 Americans have died in 2013, from Feb.11 to May16. That’s right, 51 Americans were killed overseas and 11,078 Americans were killed with firearms at home thus far this year.

You tell me, which war is worse? Where do we suffer the most casualties? When I hear gun advocates like the NRA absolutely refuse to allow any form of gun reform in America, I have to wonder who is the real

enemy.
As of May 21, 2013, at least 2091 members of the U.S. military have died as a result of the U.S. - led invasion of Afghanistan in late 2001. According to the Associated Press, 1,732 of those service members died as a result of hostile action. No deaths are acceptable of course, and I certainly don’t want to demean the sacrifices of my brothers in arms overseas. I’m simply comparing our two wars and wondering why we have to wage both of them?
It seems this country is slow to learn lessons, especially when it comes to getting involved in wars overseas. The same has been true domestically as we continue to suffer terrible firearm casualties inflicted upon children and adults. That’s the way of war. The innocents suffer the most. I saw that first-hand in Vietnam. I’m seeing it everywhere I look today, in my rural community and across the nation. When I watch the news now, I know the statistics from overseas and here at home are all too real. 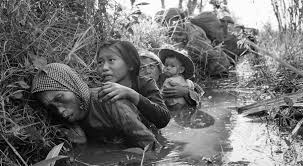 No six-o’clock follies this time. Street gangs and criminals of every sort are all too real. Easy access to guns is too real. We are caught in a loop of violence we can’t seem to break. Helpless in the face of a gun culture that grows more extreme every year.
When I read about people saying things are getting better (read NRA) and there’s less gun violence today compared to some other time in our past, I’m not comforted. I don’t see how anyone could be.
As it Stands, the sooner we’re out of Afghanistan the better, but we still have to face the war in our own backyard.