As It Stands blog: Thoughts on ‘After Earth’ - tourism & preceptions 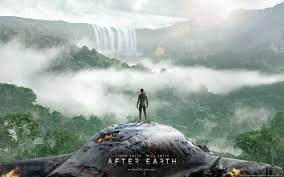 Locals were simply giddy about seeing the premier of “After Earth” at the Broadway Cinema in Eureka last Friday.

The idea of having a major motion picture filmed in our backyard goes beyond pride however…it means money pumped into our anemic economy. That’s the kind of thing that really gets our attention up here among the Redwood trees. Most residents have to settle for minimum wage or just above in this county. No surprise. We have very little manufacturing for unskilled laborers.

The lumber industry has fallen on hard times and the fishing industry is hanging on by a fishhook! So when there’s another way to make money a lot of people get excited. Sometimes the motion pictures filmed up here allow for extras. When that happens locals swarm by the dozens to offer their services. 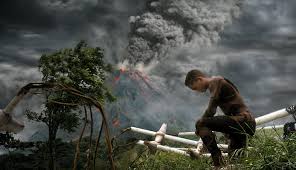 Not all of the movies filmed up here have done that well. Star Wars was the big exception. Others have gone on to mediocrity. The Jim Carrey movie, “The Majestic” filmed in Victorian Ferndale, is a good example. Who remembers that story?

I, for one, am not bummed out that this latest attempt at film making didn’t become a smash box office hit. The producers should at least break even with overseas sales. And films will continue to be filmed up here because we live in a very unique and beautiful area!

“M. Night Shyamalan's latest film, “After Earth,” premiered in Humboldt County on Thursday night at a sold-out sneak peek event held at Broadway Cinema in Eureka. It opened in theaters on Friday.

While the film has received mixed reviews in the press, Humboldt County Film Commissioner Cassandra Hesseltine said that may just be a product of viewers' expectations.

”My impression of the film was very positive,” Hesseltine said. “I think some 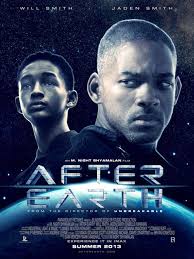 people were going in with high expectations thinking they were going to see a big blockbuster movie specifically targeted toward adults. But I felt it was targeted more toward families and young adults.”

“Will Smith's 'After Earth' suffers surprising defeat at box office

Marking a sizeable blow for one of the world's top stars, Will Smith's sci-fi adventure "After Earth" narrowly lost to magician heist pic "Now You See Me" in one of the most surprising box office upsets in recent memory.

Hindered by dismal reviews and a B CinemaScore, "After Earth" vastly underperformed. The pic will now need to make a strong showing overseas if it has any chance of making up its $130 million budget, plus a major marketing spend.”