As It Stands blog: solving the mystery of the missing bird penises! 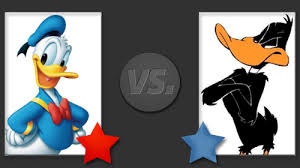 It was a mystery Sherlock Homes would have refused to take on with his Victorian principals, but modern scientific sleuths had no bones about solving the mystery of the missing bird penises!

Before I turn you loose on the following article, which by the way will probably weird you out, I think it’s safe to say most people will be surprised at how well endowed some birds are. Like ducks! Wow! Who would have guessed? I have a whole new respect for Donald Duck and Daffy Duck now!

On to the story:

“In the animal kingdom, ducks and geese are famous for their extra-long penises. In fact, when extended, the usually coiled penis of the Argentine lake duck is longer than the bird itself.

(Photo: by A.M. Herrera and M.J. Cohn / University of Florida. A scanning microscope image of the chick penis, colored red, before it shrinks.)

Most birds don't have such bragging rights, however: Males in 97 percent of bird species have tiny penises or lack them entirely. Instead, they shoot sperm into a female bird's body through an exit called a cloaca.

The absent bird penis is a head-scratcher for scientists who study animal reproduction. For animals in which eggs are fertilized inside the female body, sperm have a better chance of getting through if they're pipe-delivered within easy reach.

"Why lose an organ that seems so important to achieve this task?" Patricia Brennan, a researcher at the University of Maryland who studies the coiled duck penis, wrote to NBC News in an email.” (Full story here)