As It Stands blog: Saturday stuff ranging from shootings to sharks 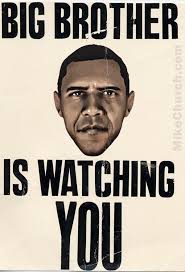 Welcome to my neighborhood this Saturday. I have a couple of stories of interest for you, and a few remarks and notations regarding this past week.

The veil of transparency has bent torn, and the Obama administration has got a lot of fast talking to do after revelations of spying on millions of Americans were exposed by a British newspaper - The Guardian.

At least six people, including a gunman, were killed and two to three others injured Friday in a series of shootings near a community college in Santa Monica, Calif., west of Los Angeles, authorities said. The suspected shooter was shot and killed by officers at the scene and authorities have another suspect in custody, they said.

Nude travelers have been gearing up for “Nakations” where they can do everything in the buff in choice locations around the globe.

The East Coast is bracing for flash floods, and twisters as Andrea heads north.

Nestle, Mars and Hershey companies in Canada have been charged with conspiring with others to fix the price of chocolate, authorities said.

Nestle Canada and Mars Canada both said they would “vigorously defend” themselves against the claims.

Canada’s Competition Bureau said in a statement that Hershey Canada was expected to plead guilty later this month “for its role in the conspiracy to fix the price of chocolate confectionery products in Canada.”

This may have been a hoax, but people should know there are sharks out there. Comes with the territory.

Someone thought it would be fun to put up signs warning people not to go the beach in Santa Cruz.

I suspect it was locals staking out their turf and trying to keep other surfers and swimmers from crowding their space!

Authorities haven’t figured out if posting the signs was a crime or not. Stay tuned.