Scientists looking at something faster than warp speed…for real! 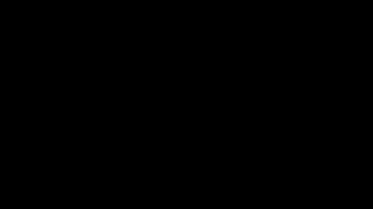 Captain to Scotty, “Warp speed Scotty, give em all you got!”

Been reading how NASA is getting ready to thrust us into the 21st Century with faster modes of travel. Yes, faster. Faster than a speeding train or Super Man! So fast, you can’t see something move!

Scientists are out to prove Einstein was wrong about something. Not to be malicious mind you, but in the name of science and speed. Warp speed. Thanks to "Star Trek" the word "warp" is now practically synonymous with faster-than-light travel.

The next step is to go further than ever before…faster!

Here’s a good article on the subject:

In the "Star Trek" TV shows and films, the U.S.S. Enterprise's warp engine allows the ship to move faster than light, an ability that is, as Spock would say, "highly illogical."

However, there's a loophole in Einstein's general theory of relativity that could allow a ship to traverse vast distances in less time than it would take light. The trick? It's not the starship that's moving — it's the space around it.

In fact, scientists at NASA are right now working on the first practical field test toward proving the possibility of warp drives and faster-than-light travel. Maybe the warp drive on "Star Trek" is possible after all.[See also: Warp Drive: Can It Be Done? (Video)]

According to Einstein's theory, an object with mass cannot go as fast or faster than the speed of light. The original "Star Trek" series ignored this "universal speed limit" in favor of a ship that could zip around the galaxy in a matter of days instead of decades. They tried to explain the ship's faster-than-light capabilities by powering the warp engine with a "matter-antimatter" engine. Antimatter was a popular field of study in the 1960s, when creator Gene Roddenberry was first writing the series. When matter and antimatter collide, their mass is converted to kinetic energy in keeping with Einstein's mass-energy equivalence formula, E=mc2.

In other words, matter-antimatter collision is a potentially powerful source of energy and fuel, but even that wouldn't be enough to propel a starship to faster-than-light speeds.

Nevertheless, it's thanks to "Star Trek" that the word "warp" is now practically synonymous with faster-than-light travel.   (Read full story here)