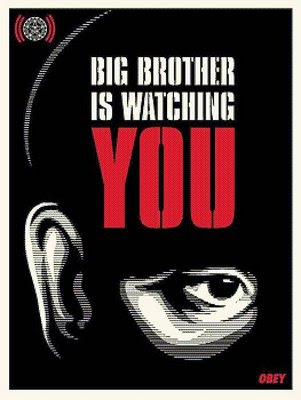 Is it any wonder why tough investigative reporting is becoming a relic of the past – a black and white film noir where the good guys use to win out in the end?

All the good guys aren’t wearing the same color hats anymore, or else there are no more good guys left. The Associated Press phone records on 20 separate telephone lines were bugged without prior notice, resulting in a "massive and unprecedented intrusion" into AP’s news-gathering operations.

How could this happen? More importantly, why did this happen? It’s a chilling effect on journalists when they know they could be monitored while working on stories. If it sounds like Big Brother, then perhaps it is. What will stop the Justice department from repeating this invasion again? I’m not sure there’s an answer to that question!

“The Justice Department used a secret subpoena to obtain two months of phone records for Associated Press reporters and editors without notifying the news organization, a senior department official tells NBC News, saying the step was necessary to avoid "a substantial threat to the integrity" of an ongoing leak investigation.

The seizure of the phone records, disclosed earlier Monday by AP President and CEO Gary Pruitt, is the latest move in a series of high profile and controversial investigations of leaks of classified information by the Justice Department. In a letter of protest to Attorney General Eric Holder, Pruitt called said obtaining more than two months of AP phone records on 20 separate telephone lines without prior notice was a "massive and unprecedented intrusion" into news-gathering operations.

It also drew a swift rebuke Monday from members of Congress and freedom of the press watchdogs, one of whom called the move "Nixonian." (Story here)