Wow! What a game! The Lakers win in crunch time without Kobe! 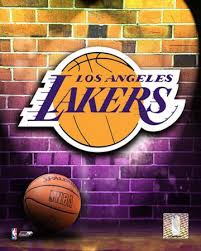 What a barn-burner! The Lakers win 118-116 against an inspired Golden State team lead by Stephen Curry who scored 47 points & had 9 assists!

The bad news is Kobe Bryant went out with an injury in the 4th quarter.The Lakers had to win tonight because Utah won, and they needed to hold on to their slim one game lead.

How about Pau Gasol with 26 point,11 rebounds, and 10 assists! He was the man in the fourth quarter. The Lakers can not afford to lose a game if they want to make the playoffs.

UPDATE: Kobe Bryant has a torn Archilles according to Mike Bresnahan

Now what? Reports are coming in fast now – quotes by Kobe:

Kobe on if this is the biggest disappointment in his career: “By far. We worked so hard to put ourselves in a position.”

Kobe has played through a million injuries & ailments throughout his career, but this won’t be one of them: “I can’t. I can’t walk.”

Kobe said he knew the Achilles was done when he limped back on the court to shoot the free throws. He made both.

The 4th leading scorer in NBA history is done for the season. thanks for giving it your all Kobe!

Los Angeles began the day barely ahead of the Jazz for the eighth spot, but Utah has the tiebreaker and an easier schedule than the Lakers, who finish against three straight playoff teams. Los Angeles must finish a game ahead of the Jazz to make sure they won't miss the playoffs for just the second time in Bryant's 17 NBA seasons - even if Bryant can't join them.