Go for the gusto! It’s never too late… 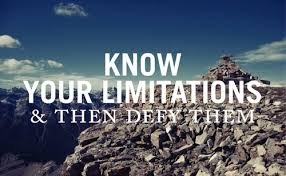 I’ve always felt it’s never too late to do something you really want to do; regardless of your age, physical shape, or mental challenges. It’s all about desire.

I enjoy reading about singular people who do things outside the norm. People who are not afraid of challenges. No matter how big, or how small.

“A 106-year-old Massachusetts man who had to drop out of school before the ninth grade to support his mother and five siblings has finally earned his high school diploma. Fred Butler (photo right) was awarded his honorary diploma Monday during an emotional ceremony attended by school officials and Beverly Mayor Bill Scanlon.

Butler thanked "everybody who is responsible for this." The lack of diploma did not hold him back. He was married for 65 years, raised five children, served in the U.S. Army during World War II and worked for the city's water department.

But daughter-in-law Cathy Butler says he always regretted dropping out and always emphasized the importance of education to his children and grandchildren.Fred Butler was concerned he didn't earn the diploma, but Scanlon said it was well deserved.”(Source)

It can be frustrating when someone says you can’t do something because you’re physically challenging. Often times this “can’t” spurs people to defy the odds and find a way to make it happen regardless. That was the case with Phil Southerland. At just seven months old, Phil was diagnosed with type 1 diabetes. The doctor told his mom that he probably wouldn’t live to the age of 25. But Phil had other plans for his life. Read the whole story here.

And the last story: DEFY THE ODDS and PURSUE YOUR DREAMS

“Do not fear age, but fear a life half-lived because of fear. Do not look backwards to what might have been, but forward to what may be.”