By Dave Stancliff/For The Times-Standard
In the not so distant future…
Residents in LA County face a world with no electricity. Major communication problems between police agencies have crippled their ability to fight crime for a week. With no vehicles available because pumps don’t work, so there’s no gas, crime is rampant.
Looting of stores and businesses is commonplace as residents flee the area and head north where it’s reputed that electricity and other services are still available.
Meanwhile hundreds of thousands of New Yorkers are try to escape the blacked-out city that no longer can offer the most basic of services, such as sanitation and police protection. Roving gangs and thugs routinely attack anyone unable to fight back. 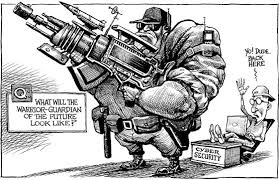 Bodies are scattered like pieces of lumber in the frozen streets of Denver, Colorado, as record snowfall buries the city without electricity and the most basic services of a civilization.
People looking back at 9 11 will compare it to their new reality and lose hope. This dystopian future could be around the corner, caused by a cyber attack on America’s infrastructure - specifically against our electrical grids.
Security experts have for years expressed concerns, if not outrage, that the nation’s critical infrastructure remains so vulnerable so long after Sept. 11, 2001. The U.S. has increasing concerns about escalating cyber attacks coming from China, Iran, Russia, and North Korea.

Make no mistake, we’ve been waging a silent war in cyber space for decades and the stakes keep going up. The targets of this generation’s cyber warriors are generally a country’s infrastructure, as opposed to an all-out assault by their military.
Oil, gas, and electrical companies once led the way in protecting their perimeters with water companies and mining companies lagging behind, according to State Department spokeswomen Victoria Nulund in a recent NBC interview.
But now security experts say those security perimeters can be breeched due to loopholes and hackers are free to do whatever they want.
Dale Peterson, founder and CEO of Digital Bond, a security company that specializes in infrastructure, told NBC news that infrastructure attacks - also know as vendor attacks - are “particularly worrisome.”
A National Research Council report was declassified last fall that warned a coordinated strike on the grid could devastate the country. An enemy wouldn’t have to drop bombs to send us into chaos. 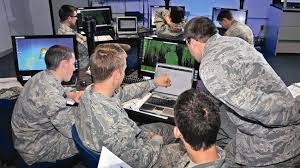 A scary thought is that vital systems - like electricity - don’t have to be down long before public fear and turmoil could hurt the economy for years to come. Look at what happened last year during Hurricane Sandy, when it barely took two days of reported gas shortages to cause hours-long lines at the pumps and violent fights between drivers.
Recent revelations about a special Chinese Army Group (Unit 61398) devoted to waging cyber war against the United States has Congress concerned. Congressman Michael Rogers recently warned that China is an ongoing threat to our national and economic security.
Congressman Rogers said China’s cyber espionage campaign against America is growing exponentially as they brazenly steal our innovative ideas and sensitive information. Worse, there’s nothing in place to stop these attacks. 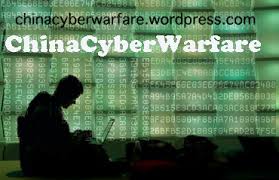 While chairing a Congressional hearing on “Advanced Cyber Threats Facing Our Nation” by the House Select Committee on Intelligence, Congressman Rogers reported that the Chinese have nothing to fear because we don’t have anything in place to stop them.
I put together an overview of the topic at http://learni.st/users/dave.stancliff.9/boards/14727-unit-61398-china-s-cyberwarriors-vs-usa, that will give you a complete picture of what we face in the future and what‘s being considered right now.  My biggest takeaway on the subject of cyber warfare is it’s much more deadly than conventional bombing or nukes. An enemy can disable our country from some computers in an apartment complex and walk in and pick up the pieces.
As It Stands, I can see the need to turn out more computer experts willing to wage war against America’s enemies in cyber space. It is the 21st century after all, and this is our new reality.