Did you know the U.S. is in the middle of an oil and gas boom? 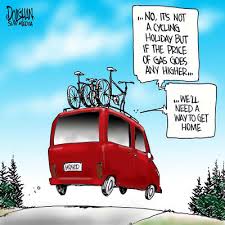 The topic of discussion today is the amazing fact that U.S. oil and gas production is at a 20 year high! Here’s a real shocker; the International Energy Agency projects the U.S. could even leap frog Saudi Arabia and Russia to become the world's biggest oil producer by 2020!

Imagine that, America the biggest producer of oil in the world! Wow!

Really? Who knew? The last time I looked we were still dependent on middle eastern oil. Another surprising fact; our oil production is up 40 percent since 2008! Why haven’t I noticed the beneficial effects of buying domestic oil – like a drop in prices? 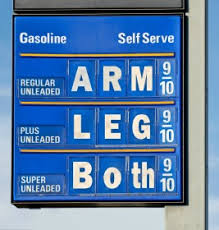 U.S. oil demand for 2012 was 18.56 million barrels per day, down 2 percent from the year earlier and its lowest annual level since 1996, according to the EIA. Oil demand fell every month last year, except for May.

Hydraulic fracturing, or "fracking," has helped lead to this revolution in gas and oil production. The U.S. EIA projects there is 2,200 trillion cubic feet of gas resources in the U.S., enough for 100 years. In drilling for that gas, the industry uncovered a trove of natural gas liquids.

Which brings me back around to the fact that the American consumer is never going to get a break on gas prices. Current trends prove my point. Gas is at another all-time high nationally, and more than likely will go up again before the summer hits.