Beware…‘The Truthers’ are out there and most of them are crazy! 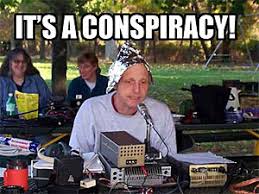 I’m no longer surprised by anything any more. So, when I saw the following article about the Sandy Hook massacre and how some people don’t believe it even happened, I shook my head in disgust. Denying the truth about anything is commonplace among a group of people called “Truthers.”

They inspire nuts like Donald Trump to make asses out of themselves. Still, it’s hard to believe anyone would think the murder of 27 people by a deranged shooter was a conspiracy. It just goes to show you how crazy this world is getting.

“Retired Gene Rosen was hailed as a hero for taking six terrified first-graders into his home and giving them fruit juice during the Sandy Hook Elementary School massacre.

The four girls and two boys told Rosen they couldn’t return to class because a man with guns had killed their teacher. Indeed Victoria Soto was among the 26 dead – 20 children and six staffers – gunned down by Adam Lanza at the Newtown, Conn., school that day.

“I comforted them because I’m a grandfather,” Rosen, 69, who lives across the street from the school, said in an appearance on TODAY after the tragedy. “They were mortified.”

Now, Rosen and his wife are scared. He says he is being harassed by so-called Sandy Hook "truthers," conspiracy theorists who believe that facts about Newtown are being covered up by the media or other forces as part of a government or anti-gun plot.

“I’m getting emails with, not direct threats, but accusations that I’m lying, that I’m a crisis actor,” Rosen told the online magazine Salon. A white supremacist message board, Salon said, had ridiculed the “emotional Jewish guy.”

A photo of Rosen's home was posted online and fake social network accounts have been created in his name, according to the report. Blog posts call him a fraud. “What is the going rate for getting involved in a gov’t sponsored hoax anyway?” said one message accusing him of acting, according to Salon.

“The quantity of the material is overwhelming,” Rosen said, adding that his wife is worried for their safety.

Rosen’s treatment is the outgrowth of Newtown shooting conspiracy theories expanding on the Internet. Such claims are even coming from sources that appear to be mainstream.

Florida Atlantic University communications professor James Tracy, who in a blog post stated, “While it sounds like an outrageous claim, one is left to inquire whether the Sandy Hook shooting ever took place – at least in the way law enforcement authorities and the nation’s news media have described.”

Or reporter Ben Swann, who questioned police accounts of the Aurora, Colo., shootings as well as the Sandy Hook massacre in an online program called “Full Disclosure.” Swann, in both instances, latches on to witness accounts reported in the early confusion of the tragedies to question whether more than one gunman was involved. There is “reason to question this whole narrative,” Swann said.

Some of the conspiracy theories blame Jewish people for roles in the Newtown tragedy. Those claims even led Abraham H. Foxman, national director of the Anti-Defamation League to respond. In a blog post Foxman laments the inevitable rumor mill that sprouts up on the Internet after major disasters and tragedies that the news media is hiding the truth and that Jews or Israel a role.

“But never in a million years did I think that the shootings at the Sandy Hook Elementary School in Newtown, Connecticut, an event that has so traumatized Americans and shocked people the world over, would become the latest fodder for cynical anti-Semites and anti-Israel conspiracy theorists,” Foxman wrote.

Conspiracy theories are nothing new, the ADL's Director of Investigative Research Mark Pitcavage points out, but they come in different stripes. One type is based on a single event, such as Sandy Hook, rather than a long-running series of complex machinations spanning the globe.

"What they tend to share is an incident occurs that is large and heinous, so much so that psychologically there will be people who are unwilling to accept a simple explanation for how the event took place," Pitcavage told NBC News.

"Psychologically people are unwilling, unprepared to accept that it was a lone gunman. So if they can't accept that, there must be some other explanation. That's why these conspiracy theories emerge."

The terrorist attacks on the twin towers of the World Trade Center and the Pentagon on Sept. 11, 2001, also spawned conspiracy theories, and led to the coining of the phrase "Truthers" to describe them.” (Source)