As It Stands: File your taxes early to help prevent identity fraud 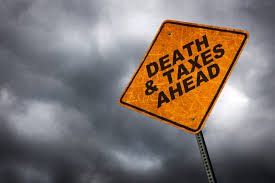 By Dave Stancliff/For The Times-Standard
There are two things we all can count on; dying and paying taxes. After that it’s a free-for-all as we take on life’s many challenges. I realize it’s a little early to talk about taxes, but when it comes to warning you about the dangers of filing your taxes it’s never too soon.
Americans have three options when it comes to paying taxes; filing electronically; the traditional way of filing on paper yourself or going to a tax accountant.
Not surprisingly, the majority of Americans filed electronically last year. A whopping 81%  filed their returns electronically in 2012, according to a report recently released by the independent IRS Oversight Board. That represents about 119 million taxpayers.
This 21st century shift in how we pay our taxes comes with a dark side, however. As more people get aboard electronically, thieves using stolen Social Security numbers and  popular tax preparation software are filing fake tax returns and collecting the refunds.

Over 460,000 people have been victimized by identity theft tax fraud since 2008, according to the IRS Oversight Board report. Before you start to panic and wonder what’s the safest way to file, it’s online, according to security experts.
Online filing is safer than filing by mail according to Linda Foley, co-founder of ID Theft Info Source and an expert on identity theft. In a recent AP interview, Foley said people should file electronically and then take steps to guard their electronic footprint
online.
Still, there are some people who aren’t comfortable with filing online. That’s understandable. In that event, the best thing they can do is use a trustworthy accountant. That might sound obvious, but the fact of the matter is the person they pick might be tempted to sell their information, or even use it themselves.
Obviously, if you’ve been going to the same tax preparer for years, you don’t have to worry about that. However, it’s important to know this is one of the easiest ways for thieves to get access to your account.
As for those Americans who do file electronically this year, there are steps they can take to safeguard themselves. My biggest reason for writing this column on taxes right now is to warn you to file early. This is one key way to prevent identity theft fraud. 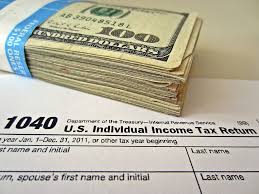 One common tactic the thieves use is to take information that was stolen last year and use it to file a fake return as soon as possible, likely in early February, according to Foley. So, fair warning.
It’s also a real good idea to protect your data. Make sure you’re using a secure computer, Foley warned, and save your data on a thumb drive that you remove from the computer once you’re done filing.
The IRS suggests installing security software on your computer and running regular credit checks.
The independent IRS Oversight Board report also recommended steps for the IRS to take to protect people. Among the suggestions was adding more fraud screens and increasing the resources devoted to helping identify theft victims.
During Congressional testimony late last year, the IRS said they have 3,000 employees devoted to working on identity theft issues. As more people go to online filing, so do more thieves seek opportunity in Cyberspace.
It helps to remember that knowledge is power. The more you know about the challenges facing you when you file your taxes this year, the better. I can understand why more people are filing electronically. It’s a pretty easy thing to do.

And when the security experts say you can protect your data more easily by filing your own taxes, rather than sharing them with a tax preparation service, it’s time to step into the 21st century of tax preparation.
Please forgive me if I’ve bummed you out by making you think about your taxes so soon after the arrival of the new year. My wife sometimes accuses me of being a “worry wart,” but even she said it was okay to pass this information along this soon!
As It Stands, the bottom line is, don’t let anyone come between you and the IRS when it’s time to file your taxes.