Who would have guessed? Drinking Soda Can Damage Your Knees 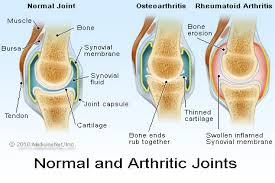 One of life’s little challenges for me is dealing with osteoarthritis in my knees. I do whatever I can to take care of my fossilizing knees and was surprised to read about some research that said soda was bad for them…men’s knees that is; not women’s!

If you have bad knees you might want to lay off the soda. New research has found that men with osteoarthritis of the knee who drink sugary soft drinks fare worse than those who avoid the sweet stuff.

The study, presented at meeting of the American College of Rheumatology in Washington, found the more soda men drink, the greater the risk their arthritis will progress and cause more pain.

And here’s the kicker: It’s not because soda drinkers pack on more pounds, causing greater wear and tear on their knees. The researchers were surprised to discover the link between arthritis and soft drinks could not solely be explained by excess weight from drinking too many sodas, said Bing Lu, M.D., assistant professor of medicine at Harvard Medical School and biostatistician at Brigham and Women's Hospital in Boston.

Dr. Lu, who led the study, said he and his colleagues don’t know why high-calorie soft drinks worsen osteoarthritis in men — but not women. But the researchers speculate that several ingredients in sugary drinks damage bone health. Caffeine, for instance, can promote osteoporosis, phosphoric acid may interfere with calcium absorption, and high fructose corn syrup — a common sweetener in carbonated beverages — can also negatively affect bone. Dr. Lu added that sex hormones may also explain the gender differences.

The American Beverage Association criticized the study and noted the researchers could not say for sure whether there is a cause-and-effect relationship between soda and the progression of osteoarthritis.

Researchers examined 2,149 osteoarthritis patients — 3,066 knees — and surveyed them about the frequency of their non-diet soft drink consumption. They tracked the progression of the participants’ arthritis over a four-year period.

After taking into account excess weight and other risk factors for knee osteoarthritis, the researchers found men who drank five or more soft drinks a week had a greater progression of their disease — by twice as much, based on standard measures of osteoarthritis — compared with men who did not

The study was funded by the National Institutes of Health, Pfizer Inc., Novartis Pharmaceuticals Corporation, Merck Research Laboratories, and GlaxoSmithKline — the makers of anti-arthritis drugs.

An estimated 1 in 100 people have knee osteoarthritis — a condition in which the cartilage in the joint wears away, reducing its ability to reduce friction and act as a biological shock absorber, causing pain and other symptoms. Known risk factors for the disease include obesity, age, prior injury to the knee, and extreme stress to the joints — as occurs with some athletes and people who engage in physically demanding jobs or other activities.

Osteoarthritis is one of the most common reasons for knee joint replacement surgery. (Source)

Time for me to walk on down the road…slowly!

Great information. Every detail discussed here are indeed helpful. I will make these significant information as a guide to me and my parent's joint health. Thanks for sharing by the way.