A piece of music history for sale: Rejected Silver Beatles audition tape to go up for auction

Have you ever made a colossal error in your life? Did something that later turned out to be so dumb you vowed never to share it with anyone? Not even for a price?

Don’t feel too bad my friend, because I doubt you could have topped Dick Rowe’s bad move.

The Beatles audition tape rejected by a record label executive in arguably the biggest blunder in pop history has resurfaced and will go on sale at a London auction next week.

Ted Owen of The Fame Bureau, an auction house specializing in pop memorabilia, said the 10-song tape was recorded on New Year's Day, 1962, at label Decca's studios in north London.

Paul McCartney, John Lennon, George Harrison and Pete Best - who would later be replaced on drums by Ringo Starr - performed up to 15 songs at the session, 10 of which appear on the tape to be sold on Nov. 27. 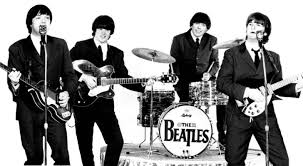 The band members had been driven from Liverpool to London the night before, and, despite getting lost on the way managed to get to the studios in time for the infamous session paid for by their manager Brian Epstein.

Decca's senior A&R (artists and repertoire) representative Dick Rowe, who later became known as "the man who turned down the Beatles," decided against signing them in favor of Brian Poole & The Tremeloes who also auditioned that day.

"Guitar groups are on their way out, Mr. Epstein," he is widely quoted as saying.

Rowe did, however, sign the Rolling Stones, who went on to become one of the biggest acts in British rock, and experts dispute whether it was him or a more junior colleague who passed the Beatles over. 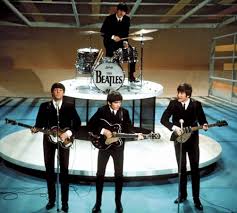 There are bootleg versions of the session in existence, but the "safety master," or back-up tape, on offer at auction is unique, Owen said.

"The most important thing about this is the quality," he told Reuters. "There are bootlegs out there, horrible bootlegs -- some are at the wrong speed, others are crackily and taken from a cassette off an acetate (disc).

"This quality we have never heard." Despite its rarity, the tape has been estimated to fetch $29,000 to $32,000, which Owen said had been set by the owner and was a "sensible" starting point.

He added that only a handful of collectors were likely to bid for the piece of pop history, and, given that the Beatles own the copyright through their company, a commercial record release based on the tape was extremely unlikely.

Marked as the "Silver Beatles," which the "Fab Four" were briefly called, the tape comes with a hand-written track list and black-and-white photograph of the musicians posing in leather jackets that would be been used for the record sleeve. (source)