As It Stands wishes you a Happy Launch Day! 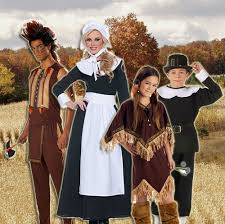 By Dave Stancliff
Growing up and going to school in the fifties meant Thanksgiving was all about pilgrims and Indians getting along swell and eating a big feast that featured Turkeys and yams. The religious undertone to the holiday seeped into my history lessons unchallenged by any group or individual.
Frankly, it was a boring holiday back then. Today Thanksgiving has changed so much I think we need to re-name the holiday. Just look around you and see how things have changed. For example, a common alternative to saying “Thanksgiving” is now “Turkey Day.”
The lowly gobbler has reached such a pinnacle in public popularity that every president of the United States pardons one during the holiday. The lucky bird becomes exempt from ever being a main dish and gets to lead a natural life cooped up somewhere.
Family’s still get together to celebrate and have a big meal.  Some have tofu turkey instead of the real bird. No one talks about how the pilgrims and Indians were buddies much anymore. Most Native Americans ignore the holiday for good reason; those pilgrims heralded the end of their great civilization. Nearly every treaty ever made with Native Americans was broken by their conquerors. 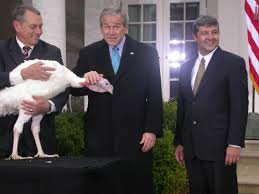 So how do we pull together today as one nation to celebrate Thanksgiving? Well, lets see: we need something that’s not historically controversial. We need a common theme for all Americans to rally around that day while they’re feeding their faces from coast-to- coast. I don’t know about you, but I think Turkey Day sounds undignified.
I’ve got it! We could call it “Launch Day” and make it the first official day for Christmas shopping! Oh, wait a moment. What’s that? I just heard a news alert on the radio:

“In what is often seen as a bellwether for holiday sales pricing, Walmart has released its Black Friday ad, and TVs once again feature prominently. This year, Walmart will open its doors for Black Friday shopping at 8 p.m. on Thanksgiving - 2 hours earlier than last year - and it will roll out sales serially, with toys and video-game bargains kicking off, then TV and other electronics going on sale at 10 p.m.” 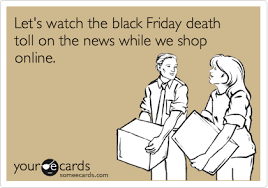 How about that? Some clever marketeers beat me to the punch on my Launch Day idea! It looks like Wal Mart won’t be the only mega store in the nation to use Thanksgiving as a Launch Day for Christmas Shopping. Ads popping up for other stores that plan on doing the same thing are now flooding the internet and airwaves as I speak. Presses are working overtime to print millions of Black Friday Thanksgiving sales.
Can’t you just feel the excitement?
As It Stands, Why not? It was a boring holiday before. Now people can get in huge lines and wait to burst into a store and risk being trampled to death while they’re digesting their turkey!