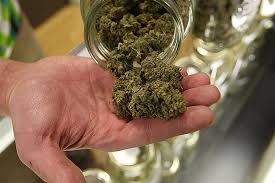 Voters in Colorado and Washington on Tuesday approved measures allowing adults to use marijuana for any purpose, NBC News projected, marking an historic turning point in the slow-growing acceptance of marijuana usage.

Proponents say it’s about time pot was made legal and that it would create new avenues of tax revenue. But opponents say legalization would lead to more drug abuse and concerns about things like driving while impaired..

Opponent Kevin Sabet, a former senior advisor to the Obama administration and an assistant professor at the University of Florida’s college of medicine, said he was expecting legal challenges at the state and federal level.

“This is just the beginning of the legalization conversation, so my advice to people who want to toke up legally or think that they can buy marijuana at a store tomorrow is that we’re a very long way from (that),” Sabet said. Proponents of the legislation also said they expected some legal wrangling.

“It sets up a clear and obvious challenge with the federal government,” said Allen St. Pierre, executive director of NORML, which has fought for years to legalize cannabis. But proponents also were celebrating what they saw as a turning point in a long-running battle to make marijuana more available to the general public.

“We are reaching a real tipping point with cannabis law reform,” said Steve DeAngelo, a longtime advocate for legalizing marijuana and the director of the nation’s largest medical cannbabis dispensary, Harborside Health Center in Oakland, Calif.

Colorado Gov. John Hickenlooper acknowledged legal challenges but said the state would work to resolve the conflict between federal and state laws. "It's probably going to pass, but it's still illegal on a federal basis. If we can't make it legal here because of federal laws, we certainly want to decriminialize it,” he told NBC’s Brian Williams.

The idea of legalizing marijuana has gained acceptance in recent years. A Gallup pollreleased in October of 2011 found that 50 percent of Americans now favor legalizing pot. A decade ago, only around 34 percent were in favor. Liberals and adults under 29 are the most likely to approve of legalizing use of the drug. (SOURCE)