AS IT STANDS: Oh what a relief it is! The elections are over 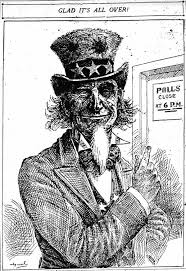 By Dave Stancliff/For the Times-Standard
I don’t know about you, but I’m thrilled that the 18-month election season is over.
Political propaganda has dominated the airwaves and internet so thoroughly I was starting to believe there was no other news in this country. When other news events tried to emerge from the deluge of political propaganda, like Hurricane Sandy for example, they were quickly politicized.
No politics today. It’s Veteran’s Day and I want to thank all veterans for their service and sacrifices. Today is about honoring those who have gone before us and those who are with us now.
Watching the political candidate signs come down is pure pleasure. The landscapes that were littered with those obnoxious signs are restored to normalcy now and some sport American flags in their place. Well, most of the signs. There are always a few die-hards who want you to know who they voted for until the next election.
I can’t help wondering what all those political campaign managers and paid staffers do when the elections are over? Do they go into hibernation until the next general election? Or, do they remained tethered to their masters, ready to spring into action like good dogs when the time comes? 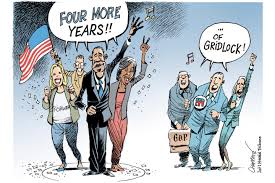 I’m still jumpy when I turn on the TV. Throughout the marathon political campaigns I tried to watch my favorite sporting events only to get sucker punched repeatedly by constant political ads. I was close to giving up baseball, football, and (unheard of for me) basketball games! It was that close.
My candidate for president wasn’t from one of the two major political parties. I exercised my right to vote and I’m okay with the results. I accept who the people elected and will not whine because Obama is back for four more years.
All I care about is seeing America come out of these hard times - for everyone’s
sake. While I’m wishing, I’d also like to see Congress stop the stupid polarization politics and start working for the American people - not the political parties. 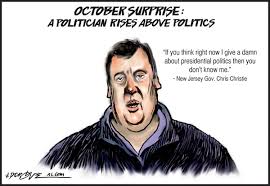 Right now, I’m basking in the fresh air, free from political poisoning, and pretending it was all just a bad dream. That all the nasty, racist stories and partisan politics that oozed out on the campaign trails were movie trailers for that bad dream. Gone now. There’s just the bright light of day and people moving on with their lives.
One of the many troubling things that came out during this extended political circus, is that dirty, lying ads work and no one’s ashamed to admit it. People say they hate those ads publicly, but in private it’s sometimes another story.
If exposed to the mind-numbing political ads long enough, people become brainwashed, and lose all sense of reality. With millions of dollars in attack ads in all 50 states, the two presidential candidates managed to spend six billion dollars trying to brainwash us by election day.

There wasn’t anything pretty about this election. I can imagine what the rest of the world thought when they heard of Super PACS and the massive amounts of money from billionaires (and anonymous donors) that went toward buying the presidency - with no corruption charges filed.
America has become the Wild, Wild West of democracies. We talk a good game, but when it comes down to our voting process, we’ve descended into dark alleys with agendas that stink like raw sewage.
Call it freedom at an unexpected price, or Capitalistic Democracy. Perhaps we should call it the last days of democracy as we’ve always known it.
The elections are behind us now, and we can shake off the stupor produced by the collective madness of campaign saturation. As much as I hate to say it, politics - like flies - are part of our lives. Laws have to be passed, although our Congress is too partisan to pass many, and our newly elected officials must be monitored.
Still, I’m not ready to let the thrill of the moment pass me by quite yet. I want to savor watching a basketball game without political ads bombarding me. I also want to walk down my street one more time to see if that lone neighbor has pulled up his collection of political signs!
As It Stands, “A national political campaign is better than the best circus ever heard of, with a mass baptism and a couple of hangings thrown in.” - H.L. Mencken