Fans Rejoice: Are you ready for ‘real referees’ tonight on Thursday Night Football? 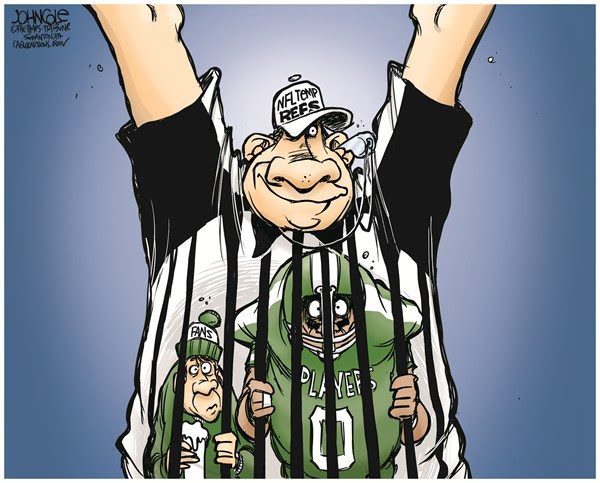 It looks like the NFL and the referees’ union came to an agreement in time for tonight’s game.

After what seemed the entire country – including presidential candidates and their sidekicks – calling for an end to the abysmal referees time on the professional gridiron, a deal was made. It was a short, and nasty, period of time that fans will look back at and call “ the three weeks of hell that practically destroyed the integrity of the game.” It’s all good now. Are you ready for “Thursday Night Football in America?”

“The NFL and the referees' union reached a tentative contract agreement at midnight Thursday, ending an impasse that began in June when the league locked out the officials and used replacements instead.

"Our officials will be back on the field starting tomorrow night" for the Cleveland-Baltimore game, Commissioner Roger Goodell said. "We appreciate the commitment of the NFLRA in working through the issues to reach this important agreement."

With Goodell at the table, the sides concluded two days of talks with the announcement of a tentative 8-year deal, which must be ratified by 51 percent of the union's 121 members. They plan to vote Friday.

"Our Board of Directors has unanimously approved taking this proposed CBA to the membership for a ratification vote," said Scott Green, president of the NFLRA. "We are glad to be getting back on the field for this week's games." (source)