AS IT STANDS: Politicians aren’t talking about America’s gang problem 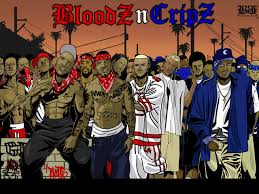 By Dave Stancliff?For The Times Standard
Politics dominate the airwaves and cyberspace, perhaps rightly so in an election year,  but there’s a subject I’m not hearing about during the campaign and it bothers me: the gang problem in our country.
We do have a gang problem in case you haven’t noticed or live in a good neighborhood. The FBI reports there are now 1.4 million gang members involved in the 33,000 different gangs active inside the United States. The number of gang members in the U.S. has increased by 40 percent since 2009.
Some communities have pretty much been taken over by the gangs, but instead of addressing the problem, the federal government continues to ignore it. It seems, during a campaign year, politicians are afraid of alienating any segment of voters. 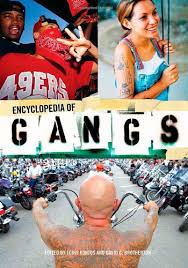 I wonder if we’ll have to wait until the election is over before the media turns its attention to the growing problem of gangs in our society? The ten people who were killed during the Memorial Day weekend this year in Chicago underscore the continuing struggle to control criminal gangs.
There have been 200 murders in Chicago so far this year - up from 139 at this time last ye 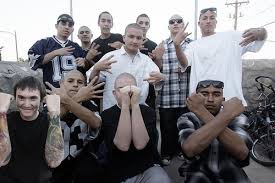 ar. Local police say about 80 percent were gang-related in a city whose gang membership is estimated at 100,000.
Chicago's gang problem is a reflection of a troubling national trend in which criminal gangs have been expanded in number and reach throughout the country, according to the National Gang Center (NGC), an arm of the Justice Department.
James "Buddy" Howell, a senior research associate at the gang center, told USA Today (9/4) that gangs have become so "entrenched" in some of the nation's largest cities that gang-related crime is largely immune to forces that have driven down overall crime.

Violent crime has declined throughout the nation, according to the Justice Department. The irony of this is obvious. Americans live with their own brand of domestic terrorists while being taxed to wage a war against international terrorists.

We may pride ourselves on being a superpower, not a third world country, but what’s happening in the streets of America puts us in a similar place as those struggling nations.
For too long now, the growing threat of gangs to innocent people in America has been virtually ignored. If the federal government would stop busting people for smoking pot,  they’d see gangs are a much larger problem.
I’m not saying everyone ignores this encroaching threat to our society. There are gang task forces in nearly every city and county across the nation, but most are struggling for funding to keep up with the growth of organized gangs. (Here’s a list of gangs in America today: (http://en.wikipedia.org/wiki/List_of_gangs_in_the_United_States) 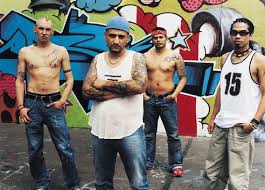 What monies do come down from the federal government to fight gangs are limited because it’s not a priority. The wrong-headed War on Drugs eats up millions of dollars that should go toward a national approach to deal with the growing gang problem.

Gangs are everywhere. Even here in Humboldt County. I’ve watched their growth over the last two decades with dismay. Couple those gangs with the recent influx of Mexican cartels and Humboldt County might as well be in Southern California.
Many of the areas along our border with Mexico are open war zones. Just across the U.S. border lies the city of Juarez, Mexico. Juarez is cons

idered one of the most dangerous cities on the entire planet because of the brutal drug war being waged there.

Border patrol agents have reported that Mexican drug cartels now openly conduct military operations inside Arizona and Texas. Their association with American gangs is no secret. A large part of the cartel’s success can be attributed to the help American gangs provide.
Enough is enough. Let’s get over the wrong-headed thinking employed in the past. We need to prioritize fighting our own domestic terrorists today. Be it political correctness, fear, or a national case of hoping the problem will go away, gangs can’t continue to be accepted as a way of life in America.
As It Stands, I’m a firm believer in taking care of my own house before I go elsewhere to help others clean theirs.

Reader response to this column via email

“Your very cogent column in the Times-Standard only glanced on what I believe is the center of the gangs issue. Pot. Pot profits are a tax free subsidy program for more crime and violence.

More important to the campaigns is the fact that about 55 million Americans smoke pot*. And many of those Americans are middle class people who can afford the high price of today's pot.  At least 18% of the U.S. population. With pot law liberalization on the ballot in several more states politicians are taking caution because these initiatives bring out voters and those voters have no reason to love either of the two dominant parties. Fact is the day after the election both parties will be arresting American pot smokers just as aggressively as they do any other time. These voters know this.

Its all in the numbers for the campaigns. The Massachusetts special election for liberal icon Teddy Kennedy's senate seat is the most significant example. In 2008 Barack Obama won MA with 62% of the vote. On the same ballot was a pot liberalization initiative. It received more than 65% of the vote. Come forward to 2010. The Democrats put on the ballot Martha Coakley who was the state attorney general who also led the effort AGAINST the winning 2008 pot initiative. She lost to a Republican political neophyte by more than 5 percentage points. It is obvious, to me, that Coakley could not draw the pot reform voters to the polls.

There are other electoral upset examples that I am sure are keeping the Democrats and Republicans walking on eggs rather than broach the Drug War issue in this election. They know that they will change nothing That would be a major turnoff for pot smoking American voters. A voting constituency of less than 20% of these 55 million American pot smokers would be greater than the number of people that gave Barack Obama his majority in 2008. The margin in this election is much tighter than in 2008. The voters among these Americans feel betrayed and misled by President Obama. He can't afford to remind them or their feelings now, this close to the election.”