We’re going to be hearing a lot of things about that terrible massacre in Aurora for quite awhile.

There’s already a trickle-down effect that’s resulted in the next two stories.

This Sunday’s AS IT STANDS - in The Times-Standard - takes a look at the tragedy in Colorado and comes to a grim conclusion.

"Offensive." "Abhorrent." "Pathetic." Words like that are being used to describe a billboard in Caldwell, Idaho, that compares President Barack Obama — unfavorably — to James Eagan Holmes, the suspect in the shooting deaths of 12 people in a Colorado movie theater last week.

The sign features photos of Holmes and Obama side by side. Of Holmes, it says: "Kills 12 in a movie theater with assault rifle, everyone freaks out." Of Obama, it says: "Kills thousands with foreign policy, wins Nobel Peace Prize."

The electronic billboard often blares anti-Obama messages, but this one struck people as especially insensitive. It's the work of supporters of the late Ralph Smeed, for many years a lightning-rod activist for libertarian causes in Idaho, The Idaho Statesman of Boise reported.

"This billboard is offensive to all those lives lost and affected by the shooting," wrote a commenter on the Facebook page of KBOI-TV of Boise, which first reported the story. "Just pathetic, even if this is their expression of the 1st amendment." Read the full story at KBOI-TV 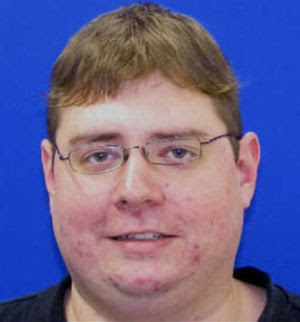 Updated at 6:37 p.m. ET: Police detained a Maryland man and recovered numerous guns from a home Thursday night after he allegedly made threats referring to the Joker this week.

Julie Parker, a spokeswoman for the Prince George's County police, said Friday that authorities had "thwarted a terrorist threat."

Prince George's County Police Chief Mark Magaw said the man, whom authorities identified as Neil Edwin Prescott, 28, of Crofton, Md., made a threat toward his employer, Pitney Bowes, in two phone calls to his supervisor Monday. Prescott was upset about losing his job and said: "I am the real Joker, and I'm going to blow everyone up," McGaw said.

Prescott was fired from his job as a subcontractor at Pitney Bowes, an office supply company, on an unrelated matter, the company said.

Magaw said police took the threats very seriously "in light of what happened in Aurora" — a reference to the shooting deaths last week of 12 people in Aurora, Colo., at a screening of "Batman: The Dark Knight Rises." The suspect in that shooting, James Eagan Holmes,  reportedly told police "I am the Joker" after he was arrested.

A police database showed that Prescott had 13 guns registered in his name. Officers from the Anne Arundel County police, the Prince George's County police and the U.S. Bureau of Alcohol, Tobacco, Firearms and Explosives obtained a warrant and searched his home in Crofton, about 25 miles from Washington, on Thursday night.

Police evacuated part of the apartment building and took Prescott into custody without incident, they said. He hasn't been charged and was undergoing a medical evaluation Friday at the Anne Arundel County Medical Center.” (source)

Not a good thing, no matter what side of the issue you are on. To me, it only encourages the radicals who hear something and do not look further to verify the truth.