The Devil Didn’t Make Me Do It …. My Brain Did! 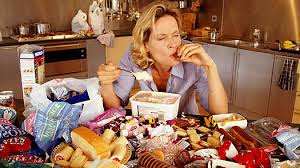 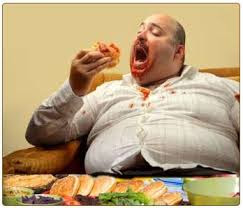 At some time in your life I’ll wager you heard the words, “I can’t help myself,” when it comes to eating or sex. A new study out talks about how our brain reward center responds to food and sexual cues.

“According to research out of Dartmouth College, in some people, hyperactivation of the nucleus accumbens, a key reward structure buried within the brain's striatum, predicted the eating and sexual behaviors of people.

This suggests one’s ability to say “no” is not just a matter of willpower, but brain wiring.

The study, published this week in the Journal of Neuroscience, used fMRI brain imaging and pictures depicting food, erotica, landscapes, and people to gauge how the test subjects' accumbens reacted to each stimulus. (The 48 women who completed the study had no idea what it was actually about.)

Bill Kelley, associate professor of Dartmouth's department of psychological and brain sciences, says the study shows that the activation of one brain region proved to be a strong predictor of later behavior, demonstrating that the stronger the “liking” response to a stimulus, the less able we are to “hear” our rational brain saying “no.”

As for the findings, the thought that all people are equally capable of self-control is naïve.

Posted by ImBlogCrazy at 8:01 AM