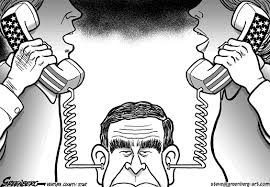 It took a debate that stretched to nearly seven hours, and votes on over a dozen amendments, but the U.S. House of Representatives finally approved the Cyber Intelligence Sharing and Protection Act on April 26.

Passions flared on both sides before the final vote on CISPA, which cleared the House by a comfortable margin of 248 to 168. CISPA would "waive every single privacy law ever enacted in the name of cybersecurity," Rep. Jared Polis, a Colorado Democrat and onetime Web entrepreneur, said during the debate. "Allowing the military and NSA to spy on Americans on American soil goes against every principle this country was founded on."

Rep. Mike Rogers (R-Mich.), the chairman of the House Intelligence Committee and author of CISPA, responded by telling his colleagues to ignore "all the things they're saying about the bill that are not true." He pleaded: "Stand for America! Support this bill!"

While CISPA initially wasn't an especially partisan bill -- it cleared the House Intelligence Committee by a vote of 17 to 1 last December -- it gradually moved in that direction. The final tally was 206 Republicans voting for it, and 28 opposed. Of the Democrats, 42 voted for CISPA and 140 were opposed. House Minority Leader Nancy Pelosi said afterward on Twitter that CISPA "didn't strike the right balance" and Republicans "didn't allow amendments to strengthen privacy protections."

What does CISPA do? Let the National Security Agency spy on Americans?
CISPA wouldn't formally grant the NSA or Homeland Security any additional surveillance authority. (A proposed amendment that would have done so was withdrawn on April 26.)

But it would usher in a new era of information sharing between companies and government agencies -- with limited oversight and privacy safeguards. The House Rules committee on April 25 rejected a series of modestly pro-privacy amendments, which led a coalition of civil-liberties groups to complain that "amendments that are imperative won't even be considered" in a letter the following day.

Is CISPA worse than SOPA?
For all its flaws, SOPA targeted primarily overseas Web sites, not domestic ones. It would have allowed the U.S. attorney general to seek a court order against the targeted offshore Web site that would, in turn, be served on Internet providers in an effort to make the target virtually disappear.

It was kind of an Internet death penalty targeting Web sites like ThePirateBay.org, not sites like YouTube.com, which are already subject to U.S. law.

CISPA, by contrast, would allow Americans' personal information to be vacuumed up by government agencies for cyber security and law enforcement purposes, as long as Internet and telecommunications companies agreed. In that respect, at least, its impact is broader. (News source – full story here)