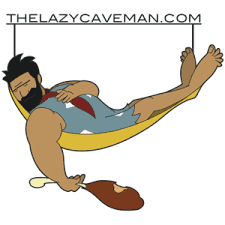 Our journey through life requires regular sleep to gather energy for the next day. But how much sleep do we really need? I’m most rested with less than six hours at a stretch. I know people who sleep 10 straight hours in order to feel really rested.

Actually, the thought that we need eight hours of straight sleep for maximum performance the next day is a modern one. Apparently, our ancestors took “two sleeps” a day. It’s a fascinating subject and discussed here:

“It happens to all of us, you wake up in the middle of the night and try desperately to get back to sleep but instead toss and turn until the alarm goes off. Rather than it being simply symptomatic of a stressful work week, science suggests you might be experiencing a throwback to a default pattern of human slumber. According to mounting research, the concept of a solid eight hours sleep is a fairly recent phenomenon and it's likely that our ancestors enjoyed "two sleeps" of shorter duration, separated by time awake, as opposed to one sustained period.

As the BBC's Stephanie Hegarty recently wrote, psychiatrist Thomas Wehr was the first to rediscover this behavioural trait in the early 1990s while studying the sleeping habits of humans. Plunging a group of participants into 14 hours of darkness for a month he found they fell into a distinct pattern after a period of adjustment: sleeping for four hours before waking for one or two and then sleeping a further four. Since then, Roger Ekirch, a professor in the Department of History at Virginia Tech and author of At Day's Close: Night in Times Past, has found a wealth of evidence to suggest that the single sleep is a modern occurrence, with "first" and "second" sleeps considered the norm since the beginning of human civilization.

"The pattern of our sleep has changed from a segmented or bi-phasic pattern, which existed from time immemorial, to the compressed, consolidated form to which we aspire today, but do not always succeed in achieving," Ekirch told me.” Read the rest at the Source

Posted by ImBlogCrazy at 9:24 AM