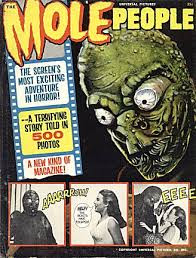 Residents are of this small town are “shaking in their boots” or laughing like hyenas!

A mysterious loud boom went off Sunday evening in Clintonville, Wisconsin, and nothing has been the same since. Residents are reporting strange disturbance sounds like distant thunder, fireworks or someone slamming a heavy door.

The booming in Clintonville continued Monday and Tuesday nights and into Wednesday morning, prompting some residents to leave the area.

City officials say they have investigated every possible human cause. They checked water, sewer and gas lines, contacted the military about any exercises in the area, reviewed permits for mining explosives and inspected a dam next to City Hall. They even tested methane levels at the landfill in case the gas was spontaneously exploding.

Steve Dutch, a geologist at the University of Wisconsin-Green Bay, said the ground beneath them is solid, and that there are no known earthquake fault lines in the area. Officials in a city plagued by unexplained booms and bangs are hiring engineers in the hopes of finding the source of the racket, the city administrator said today. There have been numerous theories thrown out for the cause of the commotion, but my favorite has to be the one suggesting Mole Men are acting up down there!