Here we are again. It’s that time when the coffee is on and we greet the day with a few news items. It looks to be another nice today. Thanks for stopping by. Enjoy:

Laughter is a physical, not a mental, thing, study suggests

Laughter is regularly promoted as a source of health and well being, but it has been hard to pin down exactly why laughing until it hurts feels so good. The answer, reports Robin Dunbar, an evolutionary psychologist at Oxford, is not the intellectual pleasure of cerebral humor, but the physical act of laughing.

The simple muscular exertions involved in producing the familiar ha, ha, ha, he said, trigger an increase in endorphins, the brain chemicals known for their feel-good effect. His results build on a long history of scientific attempts to understand a deceptively simple and universal behavior. “Laughter is very weird stuff, actually,” Dr. Dunbar said. “That’s why we got interested in it.” And the findings fit well with a growing sense that laughter contributes to group bonding and may have been important in the evolution of highly social humans. 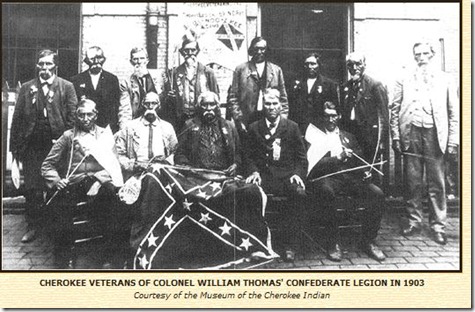 Cherokee Indians: We are free to oust blacks

The nation's second-largest Indian tribe said on Tuesday that it would not be dictated to by the U.S. government over its move to banish 2,800 African Americans from its citizenship rolls. "The Cherokee Nation will not be governed by the BIA," Joe Crittenden, the tribe's acting principal chief, said in a statement responding to the U.S. Bureau of Indian Affairs.

Crittenden, who leads the tribe until a new principal chief is elected, went on to complain about unnamed congressmen meddling in the tribe's self-governance. The reaction follows a letter the tribe received on Monday from BIA Assistant Secretary Larry Echo Hawk, who warned that the results of the September 24 Cherokee election for principal chief will not be recognized by the U.S. government if the ousted members, known to some as "Cherokee Freedmen," are not allowed to vote.

The dispute stems from the fact that some wealthy Cherokee owned black slaves who worked on their plantations in the South. By the 1830s, most of the tribe was forced to relocate to present-day Oklahoma, and many took their slaves with them. The so-called Freedmen are descendants of those slaves. After the Civil War, in which the Cherokee fought for the South, a treaty was signed in 1866 guaranteeing tribal citizenship for the freed slaves.

Are yours crusty or wet? The truth behind eye boogers (ew)

Some of the evidence of a night's sleep are visible when you lift your head off the pillow -- bed head, morning breath, dried-up drool, and eye boogers.

And while the cause of most of these sleep remnants is fairly obvious, the reason behind those sometimes-sticky, sometimes-crusty gobs of crud that can dot the lashes or cling to the corners of the eye is less clear. Why do our peepers churn out this gunk at night and what's in the stuff? For answers to these important questions, Body Odd turned to an eye expert.

"The general consensus is that this debris is the stuff leftover from dried out tears," says Dr. Sherleen Chen, director of the cataract and comprehensive ophthalmology service at Massachusetts Eye and Ear Infirmary in Boston. Tears are made up of water, protein, oils, and a mucous layer known as mucin, which typically coat the surface of the eye to moisten and protect it from viruses and bacteria.

But when your eyes are closed and your eyelids are not blinking, dirt and debris within the eye isn't continually washed over by tears, which would help to dilute them. So at night, dryness causes the stuff in tears to precipitate out, explains Chen. Then the crud collects toward the inside corner of the eye, where tears usually end up.