As It Stands: There’s hope for the ‘Made in the USA’ label 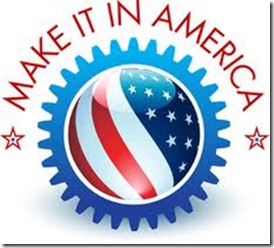 By Dave Stancliff/for the Times-Standard
I’m not going to make any wild claims about an American manufacturing renaissance restoring our country to it’s 19th century dominance. I do think there’s hope for more production here in the future.
The “Made in the USA” label is adapting to the global market. Products made in the USA are now about 22 percent higher than the average of nine of its largest trading partners. This is actually an improvement.  In 2006 our products cost 32 percent more in those same nine countries, according to the National Association of Manufacturers (NAM).
Here’s another positive sign; after years of American companies shipping jobs and contracts overseas, some are choosing local manufacturers or even "re-shoring" — bringing jobs and work back to the United States.
In a June survey by MFG.com - an online global manufacturing marketplace for sourcing specialists and manufacturing companies - 21 percent of North American manufacturers said they'd brought production into, or closer to, the U.S. in the past three months. That’s up from 12 percent in the first quarter. 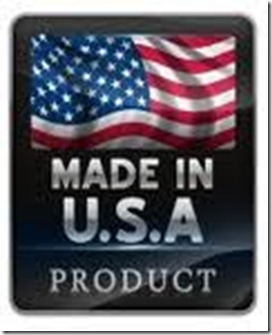 We’ve been fighting an unequal wage battle for decades with  countries like China, where workers earn a tenth of what U.S. workers make. U.S. manufacturing employment, after peaking at 19.4 million in 1978, now hovers around 11.6 million, according to NAM. We have lost more than 2 million factory jobs since the recession hit.
In the last decade, Chinese factory workers have organized into unions and begun to strike. The result, their wages have increased by 15 percent. On top of that, shipping costs have gone up by about 71 percent in the last four years as a result of higher oil prices.
Ships and containers have been cut back because of a slump, according to HIS Global Insight, a country and industry forecasting company which offer economic and financial analysis, forecasting, and market intelligence for 204 countries.
Don’t get me wrong. The Chinese worker still gets paid considerably less than an American worker doing the same job. What’s happening is the production cost gap between the U.S. and other countries is narrowing. 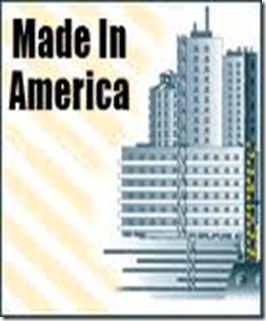 Another positive thing for American manufacturers is quality control. The spotty quality of foreign goods has made an opening that Americans are starting to exploit.
A good example is Sleek Audio, which makes high-end earphones. Fed up with the Chinese contractors turning out shoddy goods, Sleek Audio moved most of it’s manufacturing back to its plant in Manatee County, Florida last year.
Another American company, The Outdoor GreatRoom, had similar problems with Chinese contractors who couldn’t keep up production schedules and account for shipping lags. The Outdoor GreatRoom company CEO, Dan Shimek, decided to move the manufacturing of fire pits and some outdoor shelters back to the U.S. this past year.
Other American companies moving all or part of their manufacturing back to the states are: General Electric Co., who recently announced plans to invest more than $400 million to bring refrigeration and appliance manufacturing back from South Korea to plants in four U.S. states. General Motors, which is investing heavily in electric cars, is moving electric motor production to Michigan from plants in Europe, and Caterpillar. There are many others, for similar reasons.
Making products closer to home also appeals to U.S. companies because protecting th 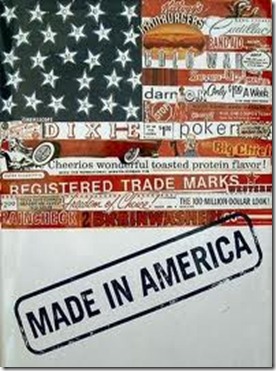 eir intellectual property from being stolen is a problem in the Asian markets.
One-fourth of more than 850 companies surveyed by MFG.com, returned work to North America from overseas in the last quarter of 2010.

For prospective, that’s more than double the number of companies that took such a step in the first three months of last year. Examples like Zenteck, an American manufacturer starting to win business that in the past might have gone to overseas factories are becoming more common.
My favorite successful example has to be a small American company called Georgia Chopsticks. They are growing so fast - two million pairs of chopsticks per day- they can barely keep up with the demand from China, Korea, and Japan.
As It Stands, for those of you who thought American manufacturing was doomed, it isn’t so - American ingenuity is still alive and well.

Good job we get jobs back. Our Heartlands Trust Co. project dealing with Chinese through Evergreen's contacts was to establish a way (Heartlands lottery plan-new Palco employee-owned) of getting Chinese investment money into local hands here, both Bear River and Palco Community Corporation employees with our PCC all employee-owned and operated new Palco plan working in conjunction with B.R. and China investors.

We figured we have here in Humboldt County two things China doesn't have and wants in one case and needs in the other: redwood, so in exchange for funding our new Palco Community Corporation guarantees a percentage of logs per year. I forget the exact percentage but it was low, less than what that new Simpson shipping out to them I think. PCC would do this until the long term debt was repaid at very low interest. But it was our second asset that this Heartlands Trust Co. project banked on. Our creative ingenuity and hands-on experience making new energy-efficient technology systems, i.e. the old-fashioned American Know How tradition aimed at creating a new economic model for Both America and China. China's rapidly going to be at the top of the economic food chain in the world. But if they continue to Americanize in lifestyle they will become along with India right behind insanely dangerous to global ecological stability. We have already "been there-done that" with high-tech mass produced crap and found it not worth the effort to make it or consume it in the long run although we can't act on our knowledge because we aren't anywhere self-sufficient in producing things for our sustainable long term needs and desires. We need funding to produce holistic community self-sufficiency systems. China has capital to invest and needs such systems to head off becoming a mass market consumer society ala America with too many cars and too much waste product-dangerous to the world. Both societies have to change in order to create a sustainable world economy and world lifestyles--and it's the same old story--self-sufficiency technology is always the solution because it's always the most economically efficient system using local resources and local sustainable energy for local production and local consumption. Can't beat it for economy in the sustainable long term perspective. That's where the world has to go with luxuries being the zoo-zoos of international craft-making, an economy reached After everyone's basic needs are met. China's long term goal and ours could meet in this joint effort. And with money we could create jobs, jobs, jobs right here developing new community self-sufficiency systems in conjunction with a worldwide Lifeline Lottery supplying community self-sufficiency systems (ours-made right here at Scotia-Arcata-Whitethorn for disaster relief from tsunami, hurricane, tornado, earthquake victims,--and ourselves in a newly transformed new local self-sufficient community leader model. This was and still is leading edge social change and guess what? Nobody in the activist community here wanted to help us get this going. They were and are always off protesting and lawsuiting corporate capitalists as if that changes anything, i.e. they're just following the same old path to real social change compromised as the union movement became-without corporate targets to attack there's no activist reason for being, e.g. the demise of Earth First! and the corporate ambulance chasing eco-lawsuit orgs like Baykeeper and Epic. This passes as "radical" activism in Progressive circles.

What could have been..the apathy for new ideas here is pathetic but who cares, I've got to check my lottery stubs here to see if I've got a winner..