Itchy things, Insulin nasal spray may slow Alzheimer’s, and new Dad’s may be wired for nuturing

Welcome to this morning’s coffee klatch. Grab a cup of coffee and join us. With all the things happening today I picked these three for your amusement and edification. Enjoy:

Spiders! Ants! Did that make you itchy? Here's why

WARNING: Reading the following post will make you itchy.

There probably aren’t any tiny ants feeling their way over your limbs and across the back of your neck right now. But wouldn’t you feel better scratching anyway?

Why is it that seeing, discussing, or even just thinking about creepy crawlers makes us feel itchy all over? It turns out the experts aren’t sure. 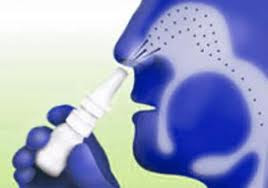 A new study released Monday shows that insulin applied daily through a special nasal spray might be a treatment that slows or stops the progression of Alzheimer’s disease. That’s hopeful news for millions facing the memory-robbing disease, because nothing has been successful at halting its awful progress.

In the small study, called a Phase II, researchers from the Veterans Affairs Puget Sound Health Care System in Seattle, enrolled 104 people with Alzheimer’s or mild cognitive impairment. The participants were given 20 IU (international units) of insulin, 40 IU of insulint or a saline placebo. Memory, cognition and functional ability were measured before and after treatment. Some of the participants also received lumbar punctures to test cerebrospinal fluid and brain scans before and after treatment.

Testosterone takes a dip in new dads, may wire them to nurture

Fathers may no longer have the excuse that they aren’t born for child care. Actually, they’re designed for it, according to a new study that finds a significant drop in testosterone levels in new dads, suggesting that men may be wired to nurture.

Northwestern University anthropologists speculate that the drop in the primary male sex hormone signals that fathers evolved to care for kids, not just to hunt for game and drop it in mom’s lap.

Their findings are published in the latest issue of the Proceedings of the National Academy of Sciences.