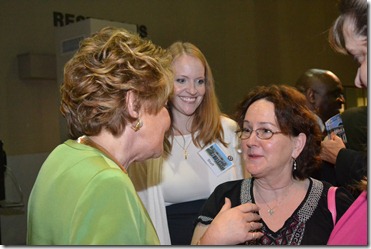 My wife Shirley (photo right) had the opportunity to talk with Senator Elizabeth Dole (photo left) during the opening of the most recent Fisher House in Washington D.C. 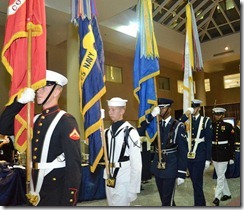 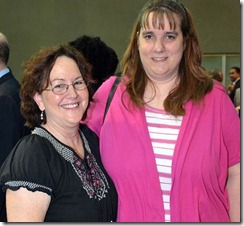 Shirley (left) and our Sister-in-Law Sheri Holloway (right). Sheri’s husband (and Shirley’s brother) Tom, was being treated at the Washington D.C. hospital for Leukemia. Shirley and Sheri were honored at the opening as the first official guests in the new facility for families with veterans in the hospital for extended stays.

The Thursday evening reception/dedication was filled with nearly 200 well-wishes, including Senators Bob and Elizabeth Dole, to celebrate the opening of another home to support our service members and their families. 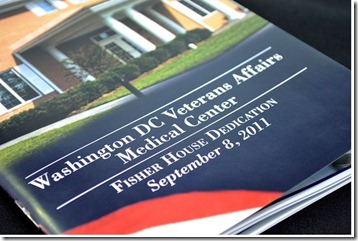 I expect to see my bride of 37 years on September 30th, when I pick her up at Sacramento Airport. She’s been there for six weeks. The really good news is that Tom’s cancer is in remission (tested his bone marrow a couple of days ago) and his treatments seem to be doing the job. Shirley reports that all the staff at the VA hospital have been fantastic. She was especially impressed by the Fisher House representatives and Elizabeth Dole (who she said was a sweetie). Special thanks to Ashley Estill who took these photos.
Photos by Ashley Estill - Media Relations Assistant | *Fisher House Foundation  To see more photos go here.