New York City is owed nearly $17 million (10 million pounds) in parking tickets issued to diplomats, a hefty amount that may have grown this week as world leaders gathered for the U.N. General Assembly.

The city's Department of Finance said unpaid tickets totalled $16.7 million through the end of July. Egypt topped the list with $1.9 million in tickets, followed by Nigeria with about $1 million and Indonesia with about $725,000. U.S. congressmen Michael Grimm, Peter King and Edolphus Towns have introduced legislation that would impose sanctions on countries with diplomats who fail to pay parking fines in New York City.

Bedbugs don't make you sick. But the poisons used to kill them can. A government study released Thursday found that dozens of Americans have fallen ill from the insecticides, and a North Carolina woman died after using 18 cans of chemical fogger to attack the tiny blood suckers.

Because many of the cases, including the lone death, were do-it-yourselfers who misused the chemicals or applied the wrong product, federal health officials are warning consumers to be careful and urging them to call professionals. The report by the Centers for Disease Control and Prevention counted 80 illnesses and one death linked to the insecticides over three years. Most of the cases were in New York City, the apparent epicenter of a recent U.S. bedbug comeback. 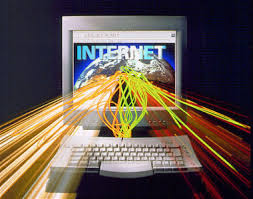 Long-delayed U.S. Internet rules that tackle the controversial issue of balancing consumer and content provider interests against those who sell access to the Web will take effect November 20.

The Federal Communications Commission's "open Internet" order was published in the Federal Register on Friday, and immediately drew threats of court and congressional challenges. The rules were adopted by the FCC late last year after a lengthy debate, but only recently cleared a review by the White House's Office of Management and Budget.

Criticized by opponents as a legally shaky government intrusion into regulating the Internet, the new rules forbid broadband providers from blocking legal content but leave flexibility for providers to manage their networks.