Some of the costumes are down-right scary though..

The coffees nice and hot this drizzly Saturday morning, and there’s a number of interesting items I’d like to share with you.

Starting with the video on the right, we have a Dad who wants to leave a life-long impression on his son. Something he can share with his children about grandpa.

I can’t help wondering what the grandchildren are going to think some day when they see his costumes. 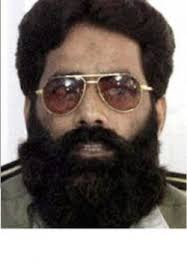 A top al-Qaida commander and possible replacement for Osama bin Laden was killed in an American drone-fired missile strike close to the Afghan border, a militant group and Pakistani officials said Saturday.

Ilyas Kashmiri's apparent death is another blow to al-Qaida just over a month after bin Laden was killed by American commandos in a northwest Pakistani army town. Described by U.S. officials as al-Qaida's military operations chief in Pakistan, the 47-year-old Pakistani was one of five most-wanted militant leaders in the country, accused of a string of bloody attacks in South Asia, including the 2008 Mumbai massacre, as well as aiding plots in the West.

I could just see one of my grandchildren doing this. What a feat for a youngster.

A 9-year-old boy has lifted off from a desolate patch of central New Mexico and floated into history.

Bobby Bradley became the youngest trained pilot to fly solo in a hot air balloon early Saturday morning in Tome. He took off in the company of three other balloons, whose pilots included a designated balloon examiner for the Federal Aviation Administration. A crowd of about 50 supporters, including family, friends and classmates, cheered as they took off.

Saggy pants mean no ride on one Texas bus system

Don't get on the bus in Ft. Worth, Texas, if you're not properly dressed.

The Ft. Worth Transportation Authority, known as "The T," has implemented a new policy that prohibits any passenger from boarding a bus with "saggy" pants that expose the person's underwear or buttocks.

"Riders don't want to see a person dressed like that on a public bus," Joan Hunter, communications manager for The T, told Reuters on Thursday. "Our customers think it's disrespectful."

The saggy pants look has been around for more than a decade, tracing its roots to prison attire because inmates are not issued belts. It spread to the rap and hip-hop music community, and from there became a popular symbol of freedom and cultural awareness for many young people.

That’s all for now. Thanks for stopping by. Time for me to head on down the road…