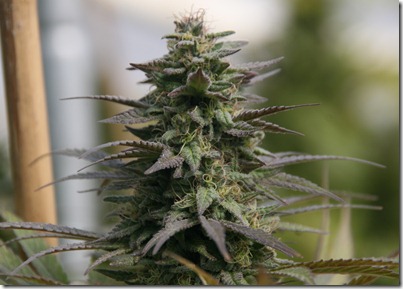 On Thursday the former presidents of several countries, former UN secretary general Kofi Annan, former U.S. secretary of state George Shultz, former U.S. Fed chairman Paul Volcker and other luminaries will release a report calling the global "war on drugs" a failure and encouraging nations to pursue legalizing and regulating drugs as a way to put a stop the the violence inherent in the illegal drug market.

Law Enforcement Against Prohibition, a group of police, prosecutors and judges who have waged the "drug war" on its front lines, is cheering the report and its conclusions.

"It's no longer a question of whether legalizing drugs is a serious topic of debate for serious people," said Neill Franklin, LEAP's executive director and a 34-year veteran police officer from Baltimore, Maryland. "These former presidents and other international leaders have placed drug legalization squarely on the table as an important solution that policymakers need to consider. As a narcotics cop on the streets, I saw how the prohibition approach not only doesn't reduce drug abuse but how it causes violence and crime that affect all citizens and taxpayers, whether they use drugs or not."

Some of the world leaders who signed on to the report will speak at a press conference and teleconference on Thursday:

The full report will be available at http://www.globalcommissionondrugs.org/