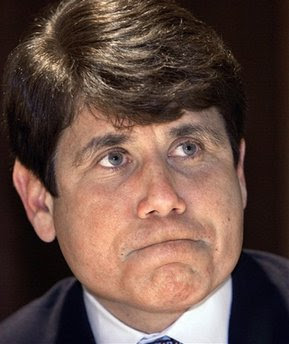 I’ve been wondering why Blago’s trial hasn’t been getting the media’s attention like the Casey Anthony trial has. I guess it’s just not sensational enough for a ravening public.

Once upon a time, a story like this – A state governor trying to sell the President’s old Senate seat - would have been considered sensational. But, we’re all so use to corrupt politicians nowadays that this trial barely got a second-glance from anyone.

Former Illinois Gov. Rod Blagojevich said he is disappointed and "stunned" after a jury found him guilty on 17 corruption-related charges, including trying to sell or trade President Barack Obama's old Senate seat.

Blagojevich, who had spent two and a half years professing his innocence on reality TV shows and later on the witness stand, faces an undetermined amount of time in prison.