As It Stands: Why global warming is such a controversial subject

This year in particular I've heard a lot of talk about global warming because of all the natural disasters world wide. Tsunamis, tornados, volcanoes, earthquakes, record flooding, and record freezing temperatures have been almost biblical in their frequency and destruction.

So what's going on? Some say the Earth is heating up rapidly because of man-made pollution penetrating the ozone. Others say the Earth is just having its natural good and bad cycles (in terms of human habitation).

In fact, a Gallup Poll in March claimed 51 percent of Americans worry about global warming. I'd say that shows how divided we are on this controversial issue.

The idea that mankind could negatively affect the climate by using fossil fuels is not new. The first talk of global warming goes back to 1896. A Swedish scientist, Svante Arrhenius, first suggested the idea. He proposed a direct relationship between carbon dioxide concentrations and temperature.

No one seemed concerned enough about the possible danger to the planet to pursue Arrhenius' research until 70 years later. Scientists showed a renewed interest in the earth's climate in the 1970s and 1980s. 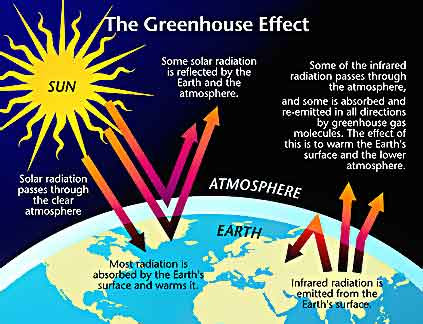 Lead researchers in the early 1970s discovered that chlorofluorocarbons (CFCs) broke down into elementary chlorine in the presence of UV light emitted by the sun. CFCs were widely used as refrigerants, propellants (in aerosol applications) and solvents.

They also found a single molecule of elementary chlorine could destroy over 100,000 ozone (03) molecules. This discovery led to a worldwide ban on CFCs by the late 1990s (see Ozone Science: The Facts behind the Phaseout).

During this two decade period scientists thought the world was cooling. That theory gave way to the opposite one of global warming in the 1980s and 1990s. In 1988, global governments formed an Intergovernmental Panel on Climate Change (IPCC).

In 1999, Indian climatologist Syed Hasnain speculated that the Himalayan glaciers would “vanish within 40 years as a result of global warming.” Fred Pearce, a reporter for The New Scientist magazine, quoted Hasnain's contention.

Like a good journalist, Pearce noted that Hasnain cautioned his data was speculative, hadn't been published and wasn't peer reviewed. The interview would have faded into history, but was revived in 2001 when the IPCC used it to show a millennium of relatively stable global-average temperatures followed by a sharp increase in the 20th century.

Apparently ignoring Hasnain's warning that the report wasn't properly vetted, it was cited again in 2005 in a report by the World Wildlife Fund (WWF). The report was a lobbying and fundraising tool.

This misuse of the Hasnain interview opened the door for a faulty foundation to be laid by the IPCC. They took Hasnain's untested speculation without doing any fact checking and ran with it. If they had checked it out, I suspect they never would not have quoted it once more in a 2007 report claiming “glaciers in the Himalayas are receding faster than those in any other part of the world.”

Throw in Climategate, when IPCC emails revealed discussions by leading IPCC scientists about how to exclude dissidents and skeptics from the body's report-writing processes and you can see why so many people don't believe in global warming. Protecting false science didn't give the IPCC much credibility.

Despite some doubtful information, there is also credible information on the effects of fossil fuels on the environment. To read more, I recommend the following: an article “Global Warming” which ran Jan. 13, 2011, in the New York Post; NASA's Earth Observatory website; and ScienceDaily.com. 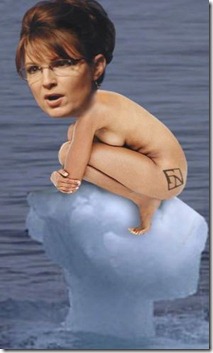 Our two-party system is divided over the credibility of global warming caused by fossil fuels. The Republicans feel they have to deny any facts supporting fossil fuel as a cause of global warming to protect Big Oil. The Democrats feel they're hitting the high road because they side with the environmentalist agenda, even though they too have a habit of skipping uncomfortable facts that don't support their contentions.

Whatever you want to call it, the Earth is experiencing drastic changes. Islands sink as sea levels rise. Instead of denying what we know to be true, that ancient glaciers are thawing, and temperatures are rising rapidly in areas that were cooler in recent history, we should unite in an effort to deal with what we can see, and prepare ourselves for climatic changes that surely lie ahead.

As It Stands, I hope the subject will transcend politics someday, and we still have time to take the appropriate actions for future generations.

Posted by ImBlogCrazy at 7:13 AM