Mendocino County: There’s a Whole Lotta There There 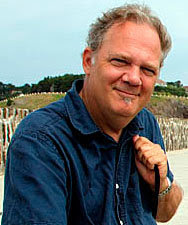 I found this author’s observations/conversations to be interesting. You can go to his website and read the whole article. I was researching alternative vacations when I discovered:

Max Hartshorne (shown here) who is the editor of GoNOMAD and his blog Readuponit.

Hartshorne’s description of Mendocino sounds a lot like Humboldt. I suppose they are somewhat akin. 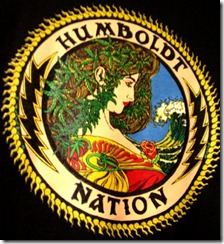 However, in my experience, when I tell people I’m from Humboldt County they automatically think “Marijuana.” If you say Mendocino, the odds are some people will relate it to wine. More informed types will know better, because bud production is a primary crop there.

“I asked Richard about the topic that many people quickly associate with the name Mendocino: Marijuana. “Oh, that. Let’s not go there. There are many things more important than that.”

But what he’s referring to is an underground economy of nearly $1.5 billion. Scores of local residents have good jobs trimming the marijuana buds, easy work that pays $25 per hour.

“Try hiring somebody to clean motel rooms, if they can make that for trimming,” an innkeeper told me that night.

In November 2010, an initiative on the California ballot will give voters the chance to legalize pot, both growing it, smoking it, and owning it will be legal. Most people said they thought it was a good idea, eyeing the tax revenues that would be produced for the state. 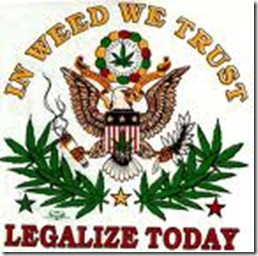 Everyone here is plain sick of the mess their state finances are in... looming giant deficits and cuts that go far beyond the acceptable. So this new source of tax revenue has to be tempting.

Yet when I visited a winery and spoke to people there, they said that they feel that legalization would kill the many pot businesses, and then big conglomerates would come in and take over the growing operations.

There are already plenty of Mexican drug gangs profiting handsomely from ‘illegal grows’ in the huge state forests of the county. Many people told me about how they showed the DEA where to find the growers who were invading their land with illegal planting...and they said they were fed up with it.

Who knows what will happen? At GoNOMAD we’re interested in promoting tourism, travel and spreading the gospel of going. I think if Mendocino follows the example of Amsterdam, it might be the biggest tourist draw since Disneyland. "This Bud's For You!" might be the perfect slogan for California's new tourism campaign.”

Posted by ImBlogCrazy at 5:43 PM