Clowns in Politics: an ongoing ‘two-ring’ circus in Washington, DC

As usual there’s been some tricky acts to follow in the Main Tent. Seems like there’s an all out effort lately to see who’s going to be the Clown of the Year. Here’s some of the latest high-wire acts, and clownish lawmakers will leave you rolling in the aisles!

White House Press Secretary Robert Gibbs learned an important -- and unfortunate -- lesson: In politics, telling the truth can get you in trouble.

Republican Sen. Scott Brown says he will cast a critical vote against a bill Democrats hoped he would support as they try to nullify a recent Supreme Court decision on political fundraising.

The Massachusetts senator said in a letter to five advocacy groups that bill "changes the rules in the middle of the game." He says it will give "a tactical and political advantage" to labor unions little more than 100 days before an election. 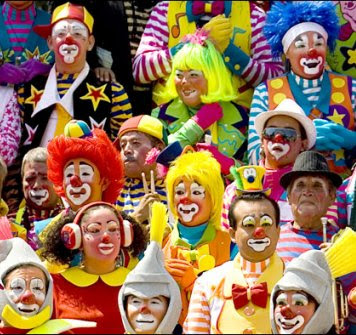