A South Korean couple were convicted Friday of abandoning their newborn daughter, who starved to death while they addictively played an online game raising a virtual child. 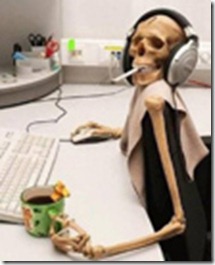 Internet addiction is a controversial topic, its very existence is debated, but that hasn't stopped China from classifying ten million teens (about 10 percent of all teenagers) as Internet addicts. Treatment camps for the affliction have sprung up in China, but the reported tactics and methods of the doctors are often questionable
Top image source                     Bottom image source

Posted by ImBlogCrazy at 8:09 AM

Honestly? I can believe it!!