Guest Opinion: How will YOU vote in November 2010? 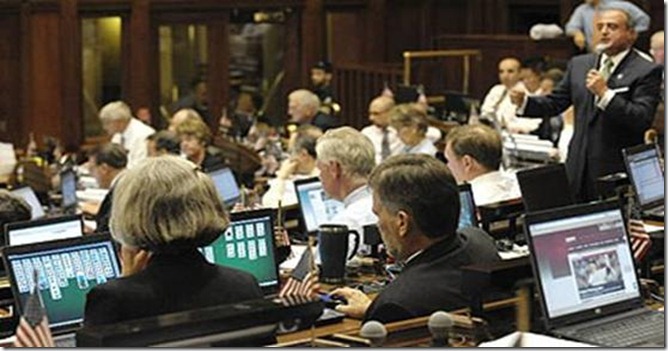 By Jim Davis/Veterans For Change

Many Americans will sit back, complain, gripe and moan about the economy, world trade, gas prices, contamination by various chemical agents and molds, care and treatment of veterans, jobs, illegal aliens, amnesty, imported foreign workers, the ever growing national deficit, you name it.

Have you tracked how your elected members of Congress have voted and on which bills that you feel are important? Did they vote for any or all veteran bills? Do you know their attendance records in Congress?

These are all very important issues, and it’s the responsibility of every single American Citizen to pay attention, learn, and decide is the person in office doing the job they promised to fulfill? Are they meeting your expectations? Are they voting for, against, or abstaining from important issues?

I took the time for you, and I personally checked the voting records of all 535 members of Congress, and not one member voted for any veteran bill in 2009 that was passed and signed into law! NOT A SINGLE ONE in 2009!

Veteran’s one and all, I am asking you to please, think carefully before casting your vote this coming November, we need to rid ourselves of all career politicians, bring in fresh blood, fresh perspectives, and at the end of their term if they too cannot perform, vote them out too.

We voted them into office, we can vote them out of office! It’s that simple!

Veterans make up 8-9% of the voting population in any state or county, and that number, small as it is can mean the difference between winning or losing a re-election campaign, and it’s time we show those in office now that WE DO COUNT! WE the people are in control!

Please be wise, don’t just vote for name sake, or re-elect someone just because they’ve been there forever, be strong, be courageous, be bold!

When you cast your vote in November 2010 make it mean something, show those in Congress now WE ARE BACK IN CHARGE and put a new body in the seat who just might be the better person!

Below are two lists, one is of all members of the US Senate who are up for re-election this year, please note the number of years in office and that not a single one of these members voted for any veteran bills! (Updated 02/18/10 2:09pm PST)

This is a Country of the People, by the People and for the People! And in case you’d forgotten WE ARE THE PEOPLE! So I urge you to please vote smart, lets not have two more years of the same House members or six more years of the Senate members who have only disappointed us beyond belief!

Posted by ImBlogCrazy at 7:54 AM