As It Stands: Why Humboldt County will survive marijuana legalization 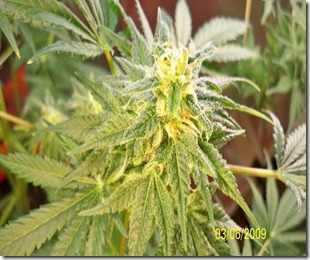 I doubt the first pot pioneers in Humboldt County, referred to as “back-to-the-landers” during the late 1960s, realized they might someday sow the seeds for an industry which could financially bail out the state of California.

In a delightful, ironic twist, those intrepid pioneers who fled the establishment to seek a simpler way of life must now re-establish contact with the “man” if they want to survive legalization and maintain their way of life.

Most fear legalization. They worry their profit margin will shrink so badly -- from taxes and competition -- they won't be able to make a living. Some ask if growing for medical marijuana dispensaries will be enough to keep them in business.

The good news is that growers, law enforcement officials, nonprofits and city governments are already holding public meetings to work out what happens here after legalization. One of the first meetings, held in Garberville (Southern Humboldt) in March, was covered nationwide.

What's After Pot (WAP) founder Anna Hamilton spoke during the Garberville meeting about the need to save the pot economy and prepare for legalization. She's attempting to bring local growers together so they can adapt to paying taxes and becoming part of the system they ran away from 40 years ago.

GO HERE TO READ THE REST

Dave
I enjoy your optimistic outlook, however… Growing Marijuana, even the boutique marijuana that’s supposed to command a high price (pun intended) will need water. Water in Southern Humboldt is becoming extremely short in supply. If they have to grow more weed to make up for the lowered price, they will run out of water, or have to spend more for complicated and expensive water storage systems. Our small South fork of the Eel is already killing dogs in the fall of the year that try to drink from it. Some say it is from the drought, others say it is from the tons of fertilizer hauled into the hills of Sohum. At any rate, any money made in Sohum will be tied to the very serious demand on our water. As you know, the environmental movement came out of the Back to the Land movement. Mostly, it will test whether the growers are more concerned about the environment, or if they will grow dope anyway, just because they have to make a living. The grower will find themselves in the same predicament that the loggers were in forty years ago.

We live in interesting times.

Yes, we do live in interesting times Ernie.

There's no reason we couldn't go up here (north of Aracta - say McKinleyville, Fieldbrook, and where I live in Dow's Prairie)

One of my son's manages Warren Creek Farms - only organicly certified farm in northern California with over 140 arces. Weed would grow nicely there.

I know. That wouldn't help Southern Humboldt. But maybe things have to shift up this way where we do have the water.
Just a thought.

Water is going to be the key. Seems reasonable to try in the north.

Dave,
I thought you would enjoy knowing that my son's CR English teacher used your piece in her class yesterday.

Thanks again for a upbeat piece!

I'm also pleased to hear that the students were given another view on the legalization debate.

That's what teaching is all about. Providing both sides of an issue is a service to the students. It certainly goes a long way towards making informed decisions.