As It Stands: Tea Party Utopia: no taxes, no government 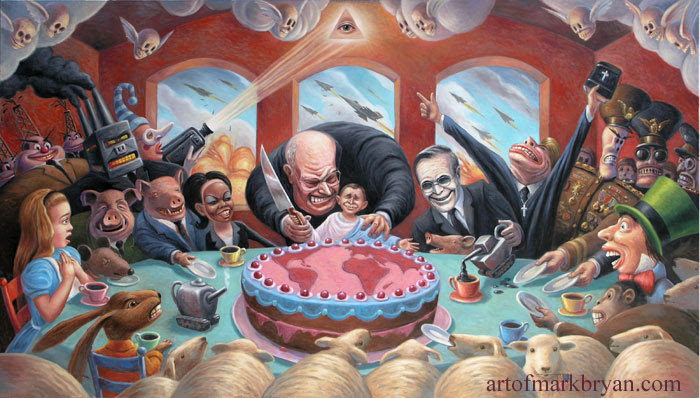 Give me liberty! Or, at least a tea party.

No. Not that kind. Not a party where women gather to sip tea, munch sweet confections, and exchange lively conversation. I mean the kind our forefathers had when they dumped the British tea into Boston Harbor. They were fed up with paying taxes on the popular beverage.

Have you had the opportunity to go to a modern, political tea party? Perhaps you've seen one on TV. They're messy affairs attended by people holding up misspelled signs and posters that show President Obama painted like the Joker in the Batman movies and comics.

Tea Party members fear (in no particular order) that Obama is the Anti-Christ, he's not really an American citizen, and he's a Communist. I've yet to see persons of a minority race at a political tea party. I'm not sure why that is. It would be nice to see the mainstream media showing tea party rallies that include people of different races calling to “get their country back.” I don't think that's happened yet. I could be wrong.