Are we alien offspring? Scientists say we came here on comets 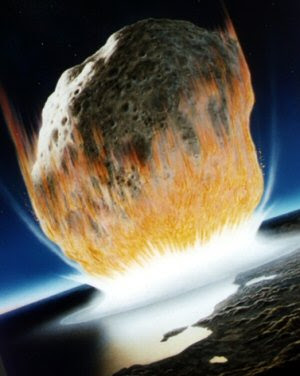 In 1953, a scientist named Stanley Miller demonstrated to the world that running an electric current - representing lightning - through a mixture of methane, ammonia, hydrogen gas and water could create amino acids and simple carbohydrates.

Miller, perhaps taking his cue from Mary Shelley’s Frankenstein, believed that he had proved life could spontaneously erupt from the most basic of ingredients already available here on Earth.

While this is what some scientists would have us believe, there is another possible scenario for the creation of life on Earth; perhaps it came from outer space.

X Files babble aside, it’s possible that bacteria (prokaryotes) traveling through space on comets, were the building blocks for all life on Earth. The idea that life on Earth arrived from space is called Panspermia and is backed by a number of high-profile scientists. Like dark matter and dark energy, it’s difficult to prove one way or the other, but hotly contested evidence concerning whether there was, or is, life on Mars may provide evidence of life-creating space invaders.

There is actually quite a strong case for the proposition that bacteria contained within comets and asteroids colonized and seeded the Earth for life. Pod people? Not quite. In 1996 NASA made public their claim that life may once, or still does, exist on Mars. Some in the science community have contested the evidence, but the NASA team was very sure that what they had in their possession were 3.6 billion year old fossilized ‘bacteria-like’ organisms.

photo and text via Science A Go Go

I do agree with the article that bacteria, prokaryotic cells, could survive very well as evidenced on earth with the very primitive E. Coli, which has successfully mutated many hundreds of times to survive the rough environment hear on earth, and E.coli can be found in almost all upper vertebra animals, in our animal kingdom as well as in the upper crust dirt of the earth. E. Coli has a very resistant, mucopolysachiride cell membrane wall, that allows it to survive very extreme temperatures. Also the Staphylococcus aureous bacteria can produce a spore in the vegetative state, that can survive boiling water temperatures. So it is not out of reach for perhaps some of these bacterias, to survive the extreme conditions cold or hot on an asteroid. And in microbiology today, we have some bacteria which are anaerobic, and can survive very well in the weightless environment with no oxygen at all on an asteroid.

I hope this information is enlightening to the reader in the evolution of life on earth.