The Price is Right: Blago backs Burris as next state senator 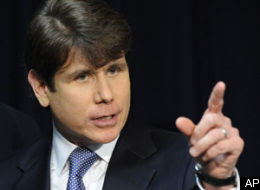 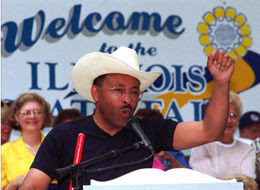 It should be interesting to see Roland Burris come to the senate floor Wednesday. Thus far, the senate worthies have said he won't be allowed to do business with them, because they feel he is tainted by Blago's "senator for sale" controversy. Still, this morning I heard that there might be a shift in some of the senator's decision to let him play house with them. Burris was quick to pull out the race card and say that those senators who didn't want him there are racists. Here's what is amazing me...Blago may get away with this appointment despite the charges that are being filed against him. Burris is hot to get that senate seat because he knows once he's seated he's going to be bullet-proof when it comes to laying out Blago's bads, even if there is a link there. You gotta give them both a G for gall!

Posted by ImBlogCrazy at 8:19 AM