Two of the Most Inspirational People I Ever Met: Eugene "Red" McDaniel and Woody Woodburn 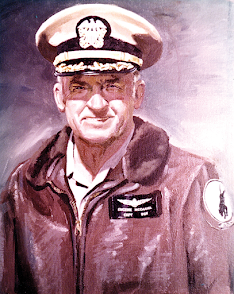 In the course of 71 years, I've had the pleasure of meeting people who have inspired me.
Here's the top two:

Eugene "Red" McDaniel showed me how indominable the human spirit is in the worst of times.

I met Red while I was attending a veteran's event at Humboldt State University (recently renamed Cal Poly Humboldt) back in the late 70s.

I was a reporter for the campus newspaper, The Lumberjack and the editor of the on-campus Veterans Gazette and spent hours interviewing him over the course of two days.

Red was a pilot who was shot down in 1967 over Hanoi during the Vietnam conflict (note that I call it a conflict and not a war. We never formally declared war) He spent six torturous years as a POW.

He was noted for three things as a prisoner - his honor, his optimismand faith in his country, and also for having been the prisoner who receivedthe most brutal torture at the hands of his North Vietnamese captors.

When he was set free in 1973, he came back and founded the American Defense Foundation dedicated to teaching young Americans awareness of and appreciation for American's freedoms. 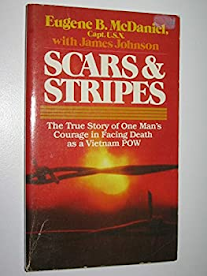 Listening to his challenges and his positive attitude about everything in life was actually therapeutic for me (it was a time when I first discovered what PTSD was) as I was a combat engineer in the Army during my time in Vietnam.

His book "Scars & Stripes" is a Vietnam story classic and a must read for students of the conflict. Red is 93 years-old and is still going strong.

The other really positive person in my life is Woody Woodburn. While serving as the editor of a small-town newspaper called The Desert Trail in the 1980s, I hired a young reporter right out of college - his name was Woody Woodburn.

He turned out to be so good so quickly I knew I was going to lose him in the near future. I hired him to write about local sports and from his first article I could see he was a special writer with a bright future.

He and his newlywed wife Lisa were wonderful people and my wife Shirley and I "adopted them." Woody would play with our three young sons when he visited. He was always smiling and so positive I couldn't help but be impressed.

I was right. Seems like it was just five or six months later when Woody told me it was time for him to move on.

And he did by hitting the jackpot and moving on to daily newspapers. I understood.

While working for The Daily Breeze in Torrence he covered all the LA Teams including my beloved Lakers. But tragedy struck one night after Woody was involved in a terrible car accident after covering the Super Bowl in San Diego when a drunk driver rear-ended him. He suffered permanent nerve damage to his neck, left arm and hand.

The thing about Woody is he's also a runner. A world-class one in my opinion. He's run in more than a dozen marathons and is also a "streaker" who has run 3.1 miles every day since July 7, 2003.

That being the day his neurosurgeon cleared him to run again following neck surgery. He's averaged 9.2 miles per run since. Woody currently ranks No. 141 overall on the United States Running Streak Association's active list.

Related: Here's a current column by Woody in the Ventura Star talking about his golden memories with the legendary Dodger broadcaster Vin Scully.

You should know Woody has a heart of gold. His community involvement includes his annual "Woody's Holiday Ball Drive" that in past years has collected more than $800,000 worth of sports balls for the underprivileged youth in Ventura and the South Bay. 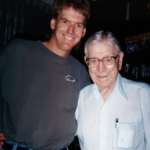 "Wooden and Me," Life-Lessons from My Two-Decade Friendship with the Legendary Coach and Humanitarian"

and two other books: "The Pirate Collection: A Decade of Dominance in 1996," and "Raising Your Child to be a Champion in Athletics, Ads, and Academies" in 2002.

I think it's plain to see why these two people are pictures of positivity. My life is better for knowing both of them.