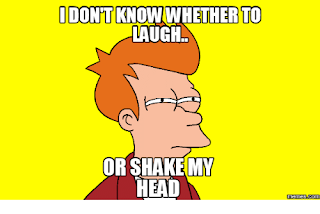 Let's start the parade with this headline from MSNBC:

What a laugher! Coward McCarthy wants to be the next Speaker of the House and would willing sell his parents down the river to do so.

His feeble efforts to unify his peers has been noticed by other right-wing goons in Congress who have even suggested Trump should be the next Speaker when the GOP takes the House back during the midterms.

I wonder how many of his colleagues laughed in his pasty white face?

If you read this story from CNN you know that Republican members are frustrated that a small group of their members might cause a government shutdown.

It's no secret that the resisting clowns are polishing their creds with their idol Trump. The problem is, even other Trump supporters in the senate don't want the government to shut down.

This kind of partisan bullshit (and GOP infighting) is what's crippling our government and making it nearly impossible to pass much needed legislation.

Faux News reporter Brian Mast shows how stupid he is as usual.

If Mast really thinks that a health mandate is worse than all the other civil liberty cases involving black and brown Americans in the last couple of decades, then he's teetering on the edge of insanity.

This is just another case of lying to keep the right-wing base salivating: which is of course, par for the course at Faux News.