Lady Justice Walked Away One Day 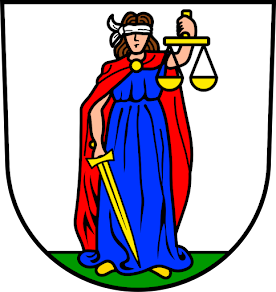 Lady Justice walked away one day

of the moral force of our courts

has turned away from the nation

and moved on to other ports

Distrust of the judicial system is systemic in our society today. And for good reason.

Who can trust a system that can't seem to find Trump guilty of anything?

During his short chaotic reign, Trump was able to stack the Supreme Court and federal courts throughout the country with his supporters.

He cheated, lied, and abused every federal department from the Department of Justice to the FBI to place partisan hacks in the courts.

One need not look any further than the quasi-trial of a murdering 17-year-old punk who got away with killing two unarmed men and seriously wounding another with a bullshit defense.

If you followed the Rittenhouse trial, you know the judge was bias in his favor. Having Trump's favorite martial song as the dial tone on his cell phone was one hint on where that judge was coming from.

Turning to one of the most important cases in decades, the Supreme Court heard oral arguments on the future of abortion rights in America today.

Front and center the fate of Roe v. Wade, the 1973 landmark Supreme Court decision legalizing abortion nationwide prior to viability.

No decision is expected to be announced until next year, but Trump's stacked court of hand-picked Federalist Society darlings are expected to overturn the decision and take away women's rights to their own bodies.

The fact that Trump and his minions can get away with abusing the courts using endless appeals to continually stall justice is demoralizing.

Once upon a time "blind justice" was the legal concept regarding the neutrality of the dispensing of justice. Now it means crooked judges and kangaroo courts.