Trump's Followers Are Actually Scarier Than he Is 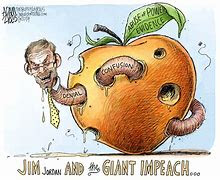 Despite being kicked out of his highchair in the Oval Office in 2020, Trump continues to bring grief to our nation.

But, it's his followers who are doing the real damage to democracy by parroting his Big Lie, and all of his lesser lies.

Trump has united his supporters around an impulse to be openly racist and contemptuous towards anyone who doesn't drink his Kool aid. Simply put, he has normalized hatred.

While Trump holds quasi cabinet meetings at his golf resorts his minions are on the attack daily.

Sycophant's like Florida Gov. Ron DeSantis, are literally condemning Floridians to death by resisting masking rules in schools and threatening to defund them if they take the precaution to wear masks.

This outrageous demand comes as Florida is setting national COVID increase records and it's hospitals are near capacity with the new wave of the Delta Variant.

One-in-five Americans who have become infected with the new variant are from Florida. Under DeSantis - who has presidential aspirations - the state has become a killing ground with no relief in sight.

In a recent interview with Salon mental health expert Dr. Bandy X. Lee described the pathological relationship between Trump and his followers:

"Trump unites his supporters in a shared idea of opposition to some other groups or individuals they revile. It doesn't even matter whether they are Black or Muslim or immigrants or migrants from Latin and South America, or democrats for that matter.

"They are all to be dehumanized. Trump has found a way to unite his followers by granting them the freedom to normalize hatred."

In his capacity as political cult leader, Trump exemplifies what psychologists describe as 'the dark triad' of human behavior:

With Trump minions infecting congress and state governments, democracy faces one of the biggest challenges our republic has ever seen.

Faced with an enemy inside our borders, the battles to defend truth and justice are increasing as the Republican party slimes all norms in their pursuit to reinstate the Chosen One.

While Trump is the north star of his fascist-minded followers, it's the rank and file who are fighting on the front lines.

The Paul Gosar's and Marjorie Taylor Greene's are the foot soldiers in Trump's vile campaign to seize power again. They are the immediate threat to American democracy today.