Virginia GOP's 'Unassembled' Convention: Fear and Loathing As Candidates Accuse Each Other of Cheating 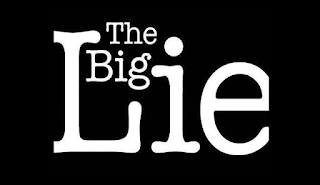 Trump's Big Lie has come home to roost in the Virginia Governors race as Republican candidates accused each other of rigging the process.

Distrust was so high during the convention that two campaigns even tailed a car carrying ballots from Prince William County to Richmond because they did not trust the two party-appointed couriers.

Results in the attorney general's case race were delayed for hours Sunday after the party and campaign officials realized tape seals on the doors to the ballroom where ballots were stored overnight had been broken.

After a frenzied search they realized that nothing was amiss after discovering the housekeeper had simply carted in coffee, water, and soft drinks, breaking the seal in the process.

The paranoia was palpable. Trump's Big Lie was turned inward to the party's core. Believers in the Big Lie were so mentally crippled they couldn't trust one another in a GOP election.

There were 50 volunteers hand-counting the estimated 30,000 ballots because the vote-tallying software the party had considered could not be trusted.

Fear and loathing stalked the whole messy affair, as Republicans struggled to hold a "fair election" in the shadow of The Big Lie.

Fittingly, the presence of a man dressed up as a circus ringmaster, complete with top hat and red satin tails, oversaw the proceedings.