The Big Lie Festers: Looking For Fraud In All The Wrong Places 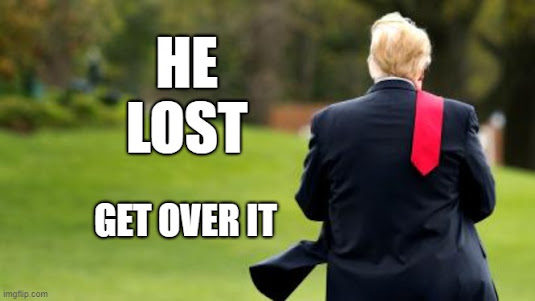 The Trump inspired hysteria over a "stolen election" continues to fester like an open wound.

As Arizona Republicans continue with their ridiculous and corrupt challenge to the election with a flawed recount - after two official tallies by the state - another recount looms in Michigan.

The Big Lie proponents have another baseless reason(s) for a recount in another state; Antrim County, Michigan.

Republicans are filling their diapers over so-called "phantom ballots" six months after the election.

Attorneys made arguments in a virtual hearing on Monday over the scope of the lawsuit and whether to dismiss the case in which both sides have issued dueling analyses.

The source of the GOP case goes back to last December when Joe Biden led Trump in an initial count that was found to have tabulation errors.

It turned out Trump won when the errors were quickly discovered by officials, and the count was rectified.

State and county officials blamed human error - a failure to properly update software across the county - for the mishap.

The Trump addled lawyers are continuing the assault against Dominion Voting System machines by claiming they were rigged against Trump.

Despite the numerous lawsuits Dominion has filed against right-wing actors and extremist lawmakers, the attack against the company persists.

After a hand recount in Antrim County officials only found a deviation of just a dozen votes. But that doesn't matter to Trump's minions, who can't accept reality.

The desperation behind this movement to get swing states to recount already officially sanctioned ballots is Trump's latest attempt to subvert our electoral system.

Meanwhile the judge said he will make a decision next week.